DA will not file charges against 49ers Ray McDonald

McDonald was arrested in August, after his pregnant fiance reported she had become the victim of domestic violence.

McDonald is off the hook. McDonald issued a statement on Monday saying in part, "I cooperated fully with their investigation from beginning to end. I am relieved that the DA's office has rightfully decided not to file charges."

Steven Clark is a defense attorney and legal analyst who spoke with ABC7 News. He said, "They couldn't prove their case in court. Not necessarily because it didn't happen, but because it wasn't triable."

McDonald was arrested in the early morning hours of Aug. 31 at his home in San Jose. His birthday party was winding down and just before 3 a.m., his pregnant fiancee called 911. A district attorney's memo quotes that call. McDonald's fiancee is called "Jane Doe."

The police and district attorney's investigations show that McDonald's fiancee initiated the physical contact. McDonald's fiancee said she only pushed him. He told police she hit him numerous times. Police say her visible injury resulted when he grabbed her by the neck. In the end, prosecutors called it mutual combat.

"Her minor injuries are consistent with restraint and a struggle," Deputy District Attorney Cindy Hendrickson said.

Prosecutors had a problem case. The fiancee refused to cooperate after her initial police interview and there were more obstacles.

"Because of conflicting accounts, the lack of verifiable eyewitnesses and the lack of cooperation by Jane Doe, we cannot prove that a crime occurred," Walsh said.

And then there was this -- ABC7 News reported earlier that McDonald called a police sergeant just before his fiancee called 911.

Sgt. Sean Pritchard, who also works security for the 49ers, went to McDonald's home before officers responding to the 911 call got there. He was on duty and in uniform. It turns out he was also there twice earlier that night.

The 49ers had connected McDonald to Pritchard because McDonald was worried that other female friends of his were causing trouble at the party. Pritchard's presence at the home further complicated the district attorney's investigation.

Coach Jim Harbaugh said he wanted his players to always exhibit good conduct. He said, "We want to have that. We haven't had that. We want to get there."

READ MORE: Only On 7: SJPD to investigate gifts officers took from 49ers

In this case there are many conflict of interest issues. The police department is investigating Pritchard to see if he did anything wrong by going to McDonald's home that night.

The San Jose Police Department has also ordered its officers not to moonlight as security for the 49ers until it reviews its secondary work policy, with regard to conflict of interest.

Even though there are no charges to be pressed, there is still a lot of fallout to be dealt with.

We would expect organizations that deal with issues of domestic violence to react to this news and they have. However, this was such a high profile case that many city officials and others were criticizing the 49ers for keeping Ray McDonald on the field. Now, everyone agrees the case has played itself out and it is time to move on. 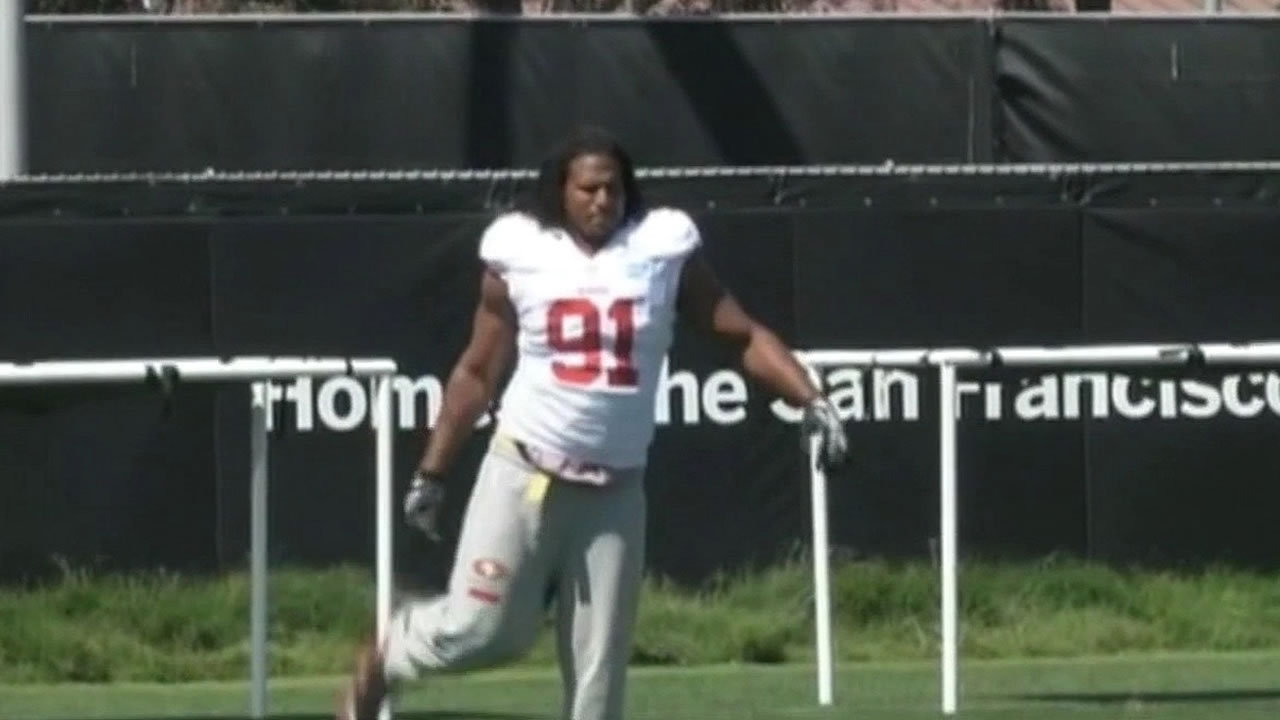 In McDonald's fiancee's 911 call, Santa Clara County Deputy District Attorney Lindsay Walsh said, "She was asked if Ray McDonald hit her and she was very clear that she said, 'He's trying to throw me out of the house.' She never used the word chocking, grabbing, punching, anything of that nature."

When police arrived McDonald's finance admitted she had struck him first. Police also noticed she had several visible bruises. But following that initial contact, the finance -- known only as Jane Doe -- refused to cooperate with investigators and the district attorney's office.

Without eyewitnesses, a statement or photos, the district attorney's office says it did not have enough to charge McDonald.

Organizations against domestic violence are outraged.

"There has to be a lesson here for him. No doubt he will go out and do it again. That's the nature of batters. There is no accountability for him," Kathleen Krenek from Next Door Solutions For Domestic Violence said.

Many had asked that McDonald be put on leave while the investigation continued. But like the 49ers, San Francisco Mayor Ed Lee said McDonald deserved the right to due process.

"It was strange not to have a charge right away after the police made the report," Lee said.

In September, the San Francisco Board of Supervisors unanimously called for the 49ers to keep McDonald from playing until the outcome of the investigation. It was a non-binding proposal.

On Monday the supervisor behind that effort, London Breed, said it's time to move on.

"I think for me personally as a lifelong 49ers fan, I'm pretty disappointed in the leadership," Breed said.