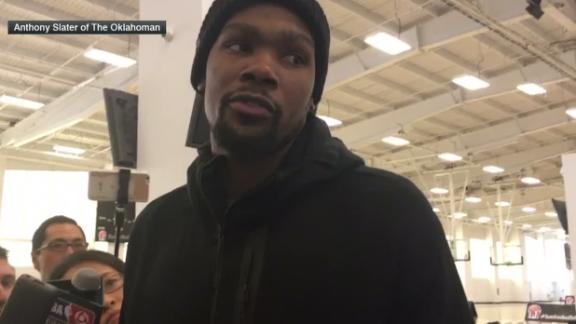 NEW YORK -- Kevin Durant lauded the talent of Kristaps Porzingis on Monday, calling the Knicks rookie an NBA "unicorn" because of his combination of size and skill.

"When they made the pick, I texted [Knicks head coach Derek Fisher] immediately and said 'I like this kid, he can play.' A lot of people were down on him, but he can play. He's a skilled guy and I think we've gotten away from enjoying skilled players in this league. We get so many players that are athletic and big and strong, but he's a skilled player."

The Thunder are in New York taking on the Knicks on Tuesday. The Thunder played the Brooklyn Nets on Sunday, falling 116-106.

Porzingis was drafted fourth overall in June, and his selection was met with heavy criticism.

But the 7-foot-3 Latvian has made a significant impact, drawing raves not just about his impressive athleticism -- his putback dunks make routine appearances on SportsCenter -- but also his refined overall game.

"He can shoot, he can make the right plays, he can defend, he's a 7-footer that can shoot all the way out to the 3-point line," Durant said. "That's rare. And block shots -- that's like a unicorn in this league."

The Thunder played the Knicks in November, losing 93-90 as Durant sat with a hamstring strain. Porzingis scored just seven points in the win.

Durant, who is listed at 6-foot-9 but is much closer to 7 feet, is viewed as one of the most unique players in league history, with his remarkable handling and shooting ability for a player of his size. So his appreciation for Porzingis' game should come as no surprise.

Porzingis fever has swept the NBA, with the Knicks big man coming in fourth -- one spot ahead of Durant -- in jersey sales numbers that were released last week.

"You've got to respect what he's doing," Durant said. "This being New York City, everything is under a microscope, but he's progressing at a high rate pretty fast, and he's gonna be a force." 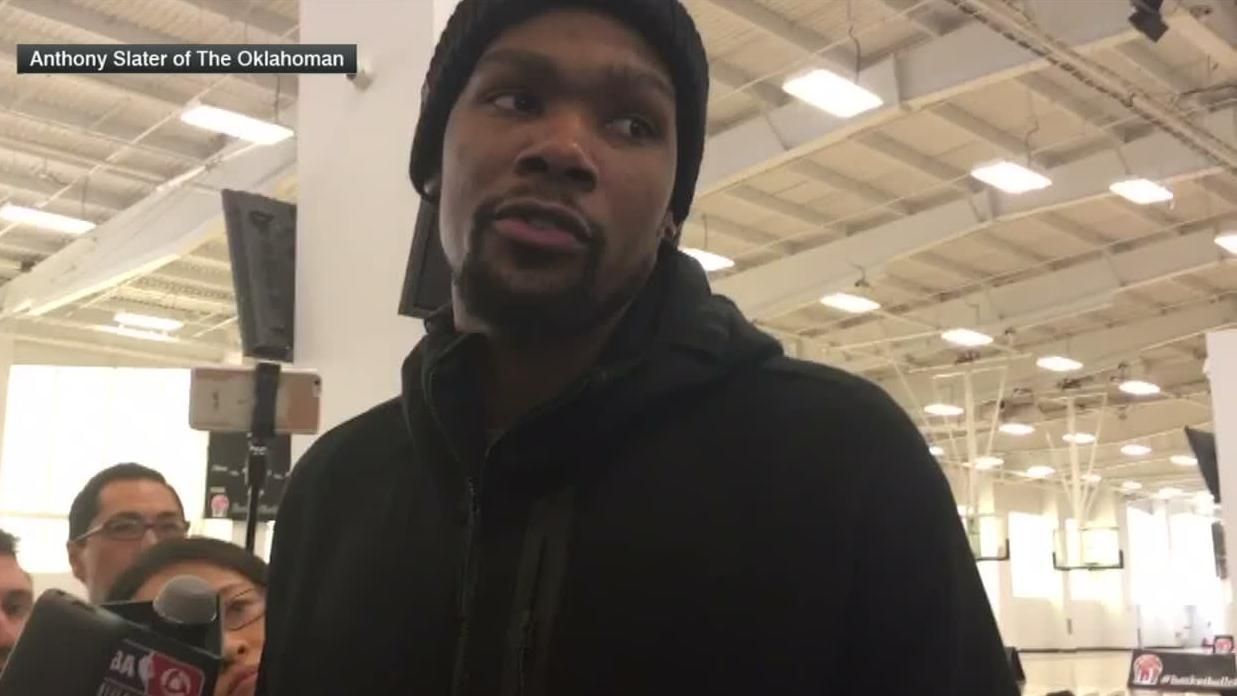 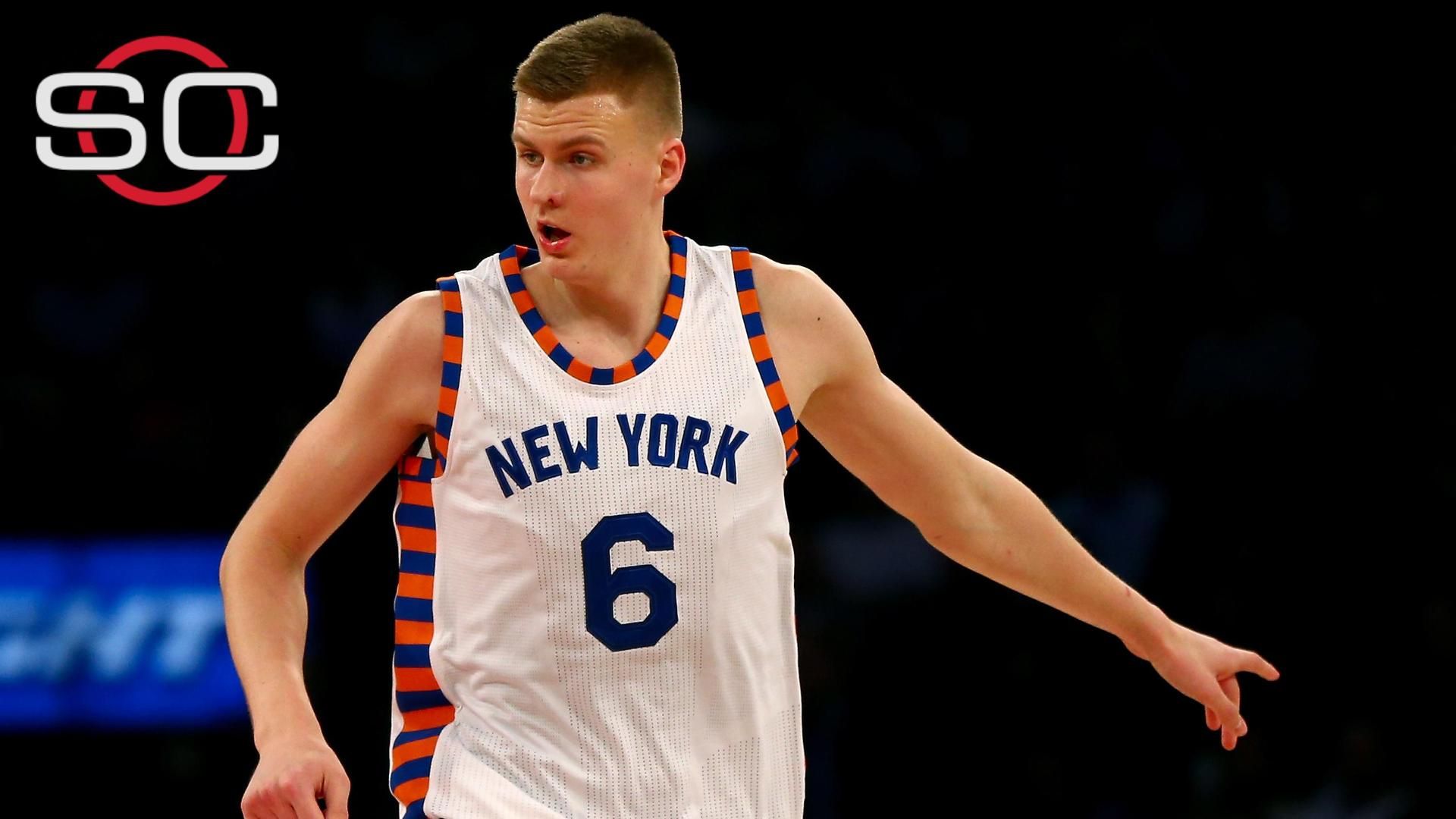