Earl Thomas says Ravens will be in Super Bowl 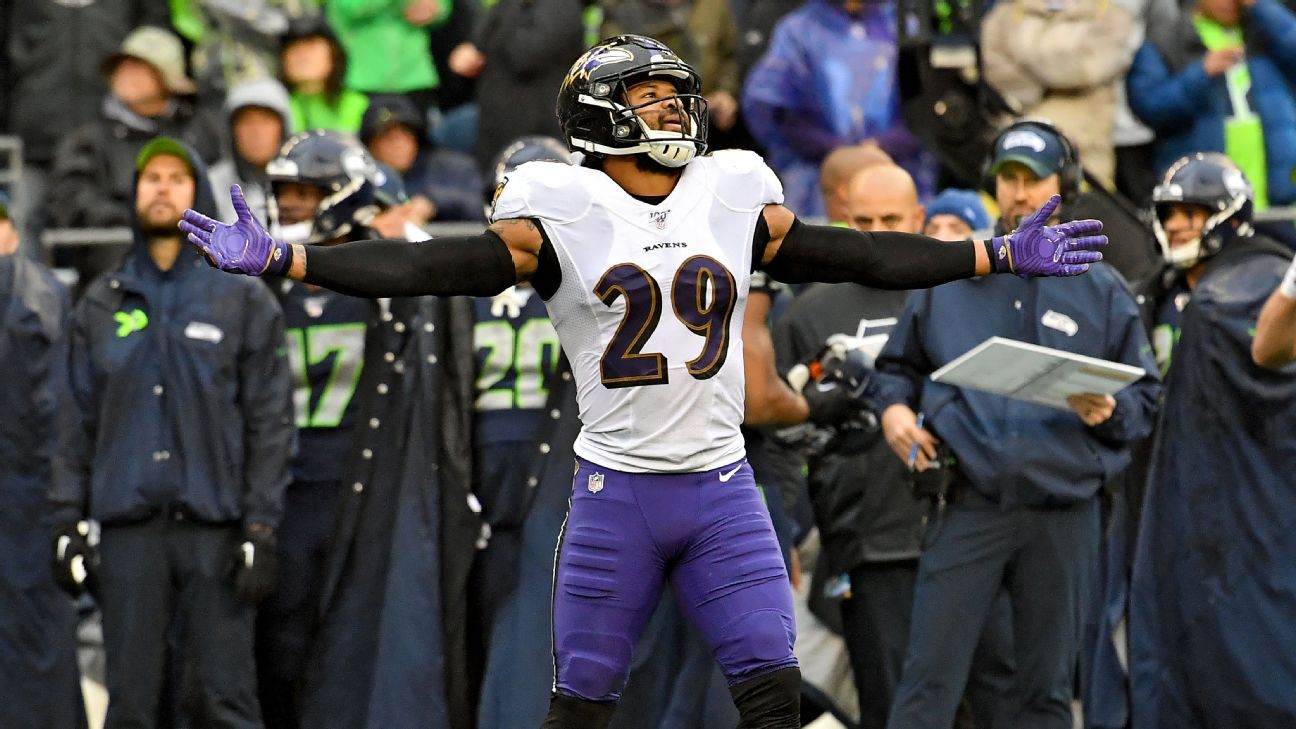 This marks the first time Thomas has made such a Super Bowl prediction, but it comes in a timely fashion.

The Ravens (9-2) have overtaken the New England Patriots (10-1) as the favorite to win the Super Bowl, according to ESPN's Football Power Index. Baltimore has a projected 26.2% chance; the Patriots are at 25.7%.

"Every team wants to chase the Super Bowl," Ravens quarterback Lamar Jackson said. "That's why we're playing the game, not just win one game and go 1-15. That's not a goal."

Ravens wide receiver Willie Snead IV was asked about Jackson'sprediction, immediately after he was drafted, of winning a Super Bowl for Baltimore.

"He brought that vision since he got drafted," Snead said. "If the guys around him ain't got that vision, it's like we got the wrong guys in the huddle. I feel like everybody in the huddle has that same vision -- all 11 guys see the Super Bowl in our near future, and it starts with Lamar."

The Ravens have won seven straight games, the longest current winning streak in the NFL. The 49ers (10-1) are tied with the Patriots for the best record in the league.

"He has the right to say whatever he wants," Sherman said. "That's why it's a free country.

"At the end of the day, the game speaks for itself on Sunday. The score will speak for itself. Whatever that will be and then at the end of February, whoever is playing will be playing. Getting caught up over quotes, he really didn't say anything that personally offended me at all. If he did, there would be a conversation. But it doesn't make me no never mind, honestly."

Jackson and Jimmy Garoppolo have the best combined career record (33-6, .846) by opposing starting quarterbacks since the merger, according to the Elias Sports Bureau. It's also the first matchup in NFL history featuring teams coming off wins of at least 28 points against winning teams, per Elias.

Information from ESPN's Nick Wagoner was used in this report. 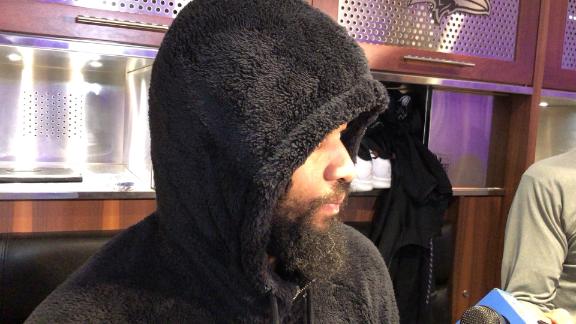 Thomas hints at Ravens Super Bowl appearance
In response to if Sunday's Ravens vs. 49ers matchup will be a Super Bowl preview, Earl Thomas says "whoever we play, they're going to be in trouble." 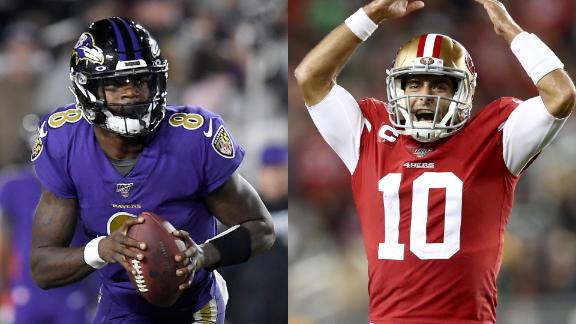 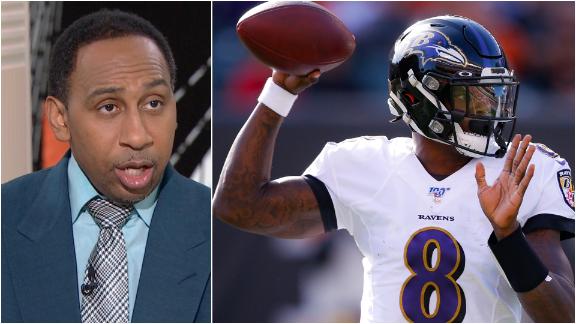