Megan Rapinoe first took a knee during the anthem on Sunday and planned to do it again on Wednesday, but never got a chance to do it.

A YouTube video captured at the Maryland Soccer Plex before the game between the Washington Spirit and the Seattle Reign. You can hear the anthem being played and see the color guard holding the flag - but neither team was there.

That's because the home team decided to move up the anthem ahead of schedule.

The Spirit released a statement saying, "To willingly allow anyone to hijack this tradition that means so much to millions of Americans and so many of our own fans for any cause would effectively be just as disrespectful as doing it ourselves."

Rapinoe told the Washington Post she was saddened by the move and it was incredibly distasteful to say she tried to hijack the event just a few days before 9/11.

Some supporters in the crowd chanted, "Let her kneel."

Protests inspired by Kaepernick are spreading. Other NFL players are also planning on kneeling before games while the national anthem is being played.

Many teams, including Rapinoe's, are saying it's their player's right to protest, whether they agree with them or not. 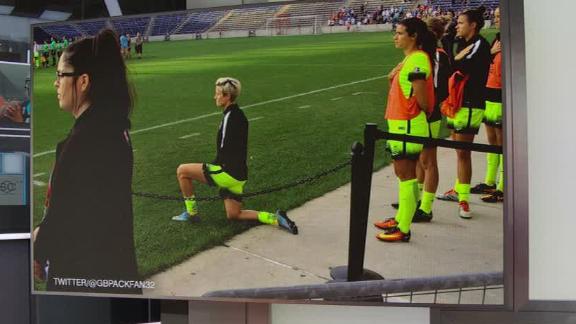 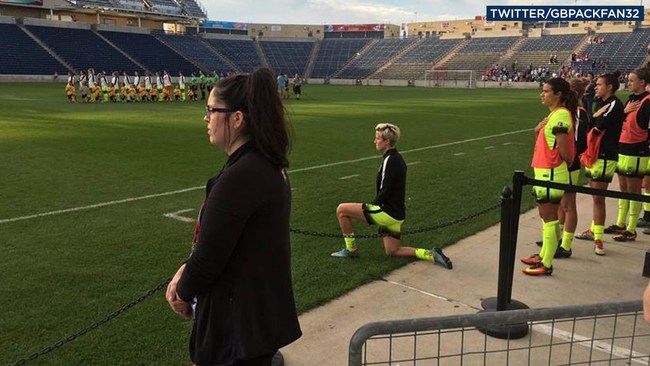