Bochy had vacillated with his decision Thursday. His ace, Madison Bumgarner--who is coming off a complete-game shutout in the NL wild-card game Wednesday -- is lined up to pitch in Game 3 in San Francisco. Johnny Cueto started Game 1, a 1-0 Giants loss.

"I don't really second-guess too many decisions Boch makes," Samardzija said. "He's usually spot-on with his decisions. I'm just going to take and run with his confidence in me and not let him down."

Samardzija was drafted out of Notre Dame by the Cubs in 2006 before he was traded to Oakland in 2014. He went 12-11 with a 3.81 ERA for the Giants after signing a five-year, $90 million deal this past offseason after spending the 2015 season with the White Sox.

Samardzija will be making his first postseason start. As a rookie in the 2008 NLDS, he pitched one inning of relief for the Cubs against the Los Angeles Dodgers, allowing two hits and a run.

"I think it makes for nice headlines, but outside of [Anthony] Rizzo and [Travis] Wood and a couple other guys, it's essentially a new team," Samardzija said. "A lot of the young guys were not in the Show yet when I was there. It's the playoffs. It doesn't matter who you're playing. It seems to be a great team with a great lineup, a great starting staff and a great bullpen.

"There was a handful of teams that I could see myself playing for with the direction they were going, the strength of the division, the guys they had in their farm team,'' he said. "So obviously the Cubs checked all those boxes. I had good relationships with the people that were there. Just unfortunately when it came down to it, we were kind of looking for different things."

In his only start at Wrigley Field as a visiting pitcher, Samardzija lasted just four innings, allowing three runs on five hits on Sept. 1.

"Obviously, everything's a little different when you pitched in one place for so long and then have to go do it on the other side,'' he said. "But really not worried about that too much. I'm just excited that I'm getting an opportunity to pitch in a playoff game, which for me they have been few and far between with going in 2008 and then going briefly in 2014. For me, I'm excited to have that opportunity and never matters where it's at or what time of day it is. It's just the playoffs are the playoffs and you want to have a good showing.''

The Giants have 12 pitchers and 13 position players on their postseason roster. Rookie left-handerTy Blach, who went 1-0 with a 1.06 ERA in four games late in the season, was active for the NLDS after he was left off the wild-card roster. 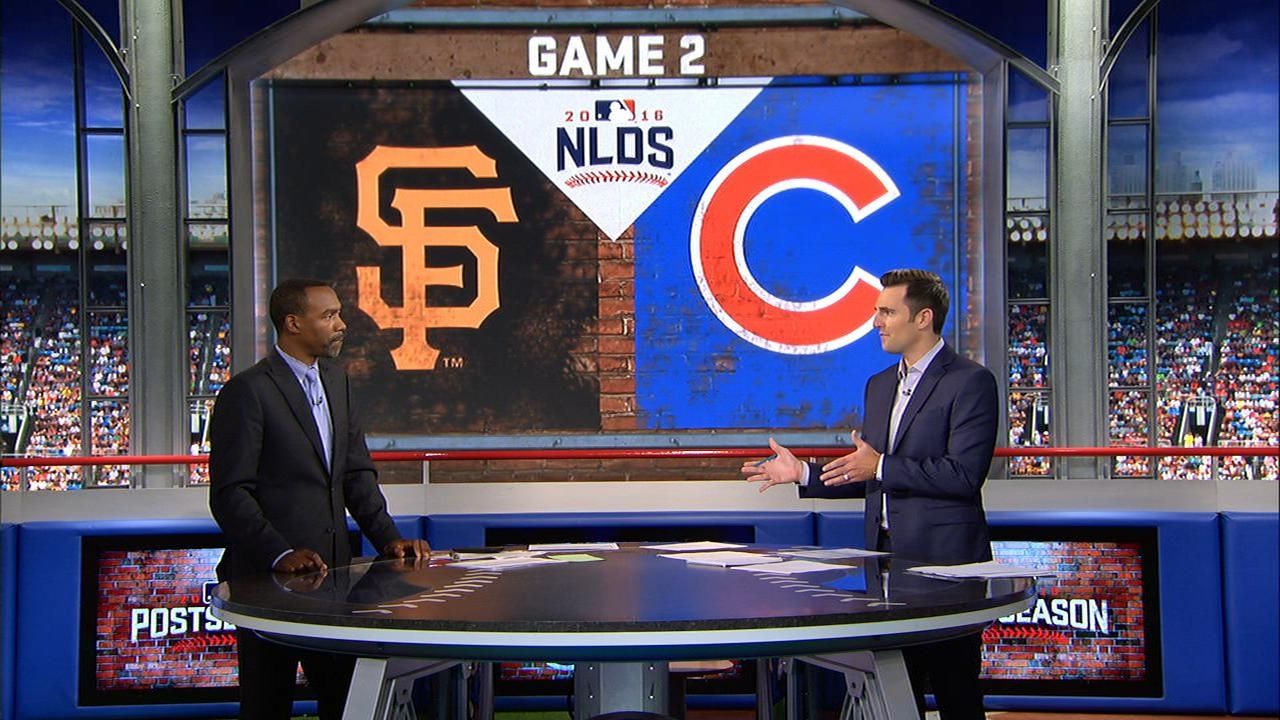