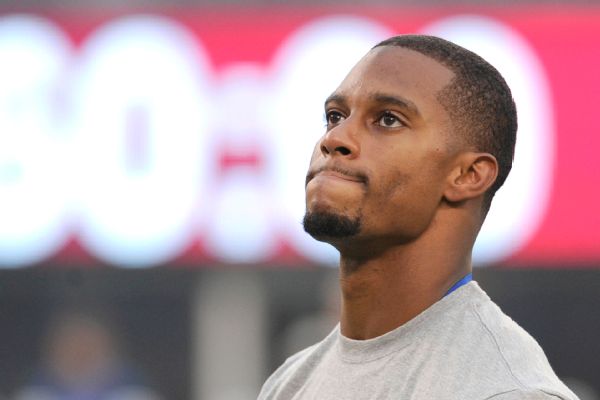 The Giants didn't reveal specifics about the injury, but a source described it as a sprain.

Cruz left the contest after his 46-yard reception early in the second quarter. It was his only catch.

The Giants replaced Cruz with rookie Roger Lewis, who caught one pass -- a 30-yard touchdown reception -- in the Giants' 28-23 victory.

Cruz's return was originally listed as probable, but he did not return to the game after an X-ray, which came back negative. Cruz is expected to undergo further tests Monday.

He has an extra day of rest to be ready for next week's game. The Giants host the Cincinnati Bengals next Monday night.

Cruz was not available to the media after Sunday's game, but Odell Beckham Jr. said he talked to his teammate and expects Cruz to play next Monday night.

It's the latest in a long line of injuries for the former Pro Bowl receiver. Cruz missed most of the past two seasons with knee and calf problems.

But he had played the first seven games of the season without incident. Cruz came into Sunday with 24 catches for 331 yards and 1 touchdown.

His production in recent weeks had slipped, and the Giants came off the bye week without Cruz in the starting lineup. He played sparingly throughout the first quarter before suffering the injury.