'I was trying to get in his head': The Curry sibling rivalry briefly took over Game 2 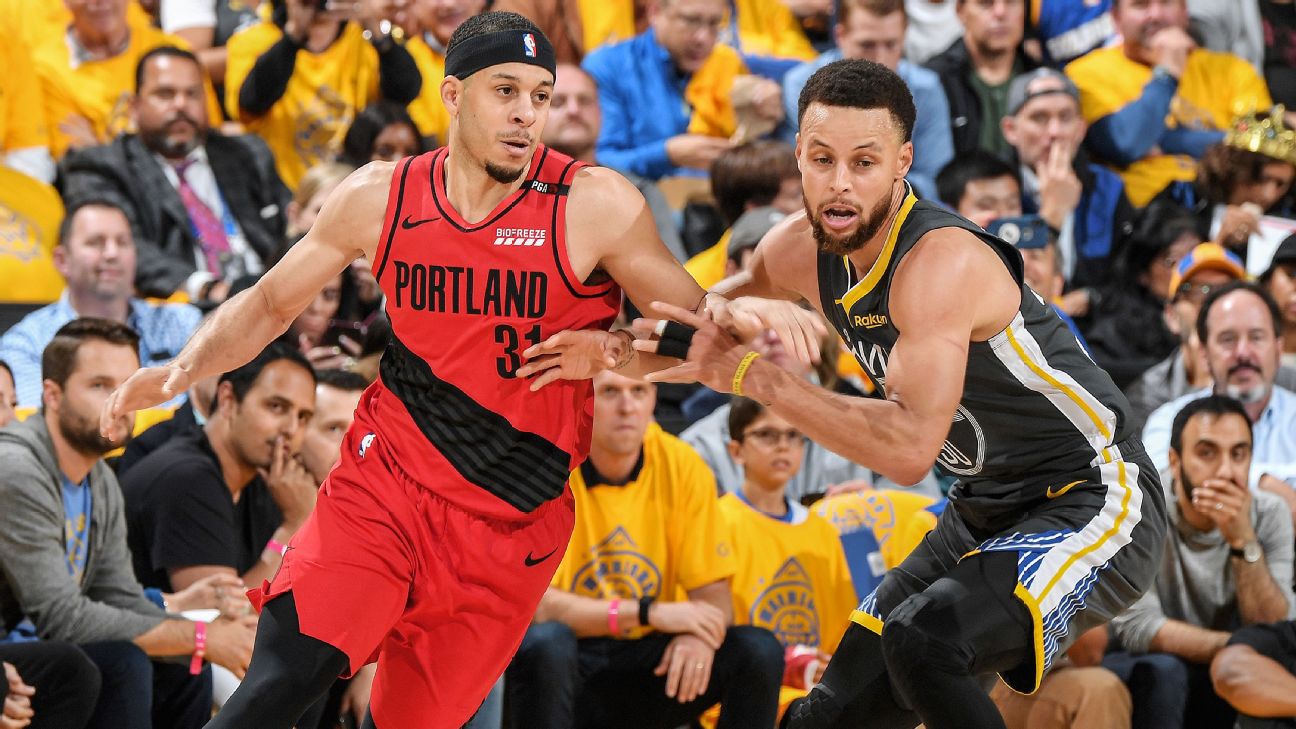 OAKLAND, Calif. -- The fact that Sonya Curry sent a group text to her extended family on the eve of the Western Conference finals is not surprising.

She's always sending inspirational texts to the family. Or as she pronounces it, "texes, like Texas." But this "texes" message was special, because her sons -- Stephen Curry of the Golden State Warriors and Seth Curry of the Portland Trail Blazers -- are the first brothers to play against each other in a conference finals.

And while she doesn't like the Currys being called the NBA's Royal Family or First Family -- "Those titles come from other people," she says. "We're not saying that's us. We're just like everybody else. We've just been given this platform." -- Sonya Curry did want the family to enjoy this experience and handle the attention with class.

"Most of my texts are kind of motivational," she told ESPN after Stephen's Warriors bested Seth's Trail Blazers 114-111 to take a 2-0 lead in the best-of-seven series Thursday night.

"I send a lot of scripture. In this one I just told everyone, 'God is the reason we're in this position as a family. So if he's helped get us here, it's up to us to represent him with class in the stands, on the court, wherever.'"

Seth's fiancée, Callie Rivers, responded. So did Stephen and his wife, Ayesha. So did Sonya's daughter, Sydel Curry Lee.

"Everybody is pretty good about responding except for Seth," Sonya Curry said. "He read it though."

Seth was standing off to the side, in the hallway outside the family room at Oracle Arena after the loss Thursday. He'd played great, scoring 16 points on 5-for-9 shooting. But the Warriors came back to win a game they'd trailed by as many as 17 points. And his older brother had, once again, led the way, with 37 points and eight assists.

"It worked out perfectly tonight," Stephen Curry joked after the game. "He played well, and we won." The room laughed. It was the perfect older brother thing to say. But damn it, Seth Curry wanted this one. And Sonya wanted it for him, too.

"You know what my prayers have been?" she said, looking over at her younger son. "For Seth to steal the ball from Stephen, go down and hit a shot and lift his arms up."

Seth actually did that Thursday. In fact, three of his four steals in the game came at the expense of his older brother.

But Seth and the Trail Blazers aren't in the mood for moral victories. These are the conference finals, and they had the defending champions on the ropes. Meyers Leonard hit a 3-pointer to give Portland a 108-100 lead with 4:28 left to play. But Golden State closed on a 14-3 run, while Portland missed eight of its last nine shots and got outrebounded 9-2.

Andre Iguodala sealed things with a late steal on Damian Lillard as Lillard rose up to take a deep 3-pointer.

"We stole that game," Warriors coach Steve Kerr said. "I thought they outplayed us for much of the night. The majority of the night. But we brought enough competitive fire in the second half to overcome their great play."

There have been dozens of games like this during the Warriors' run, and they are always so devastating for opponents. The Warriors will come out complacent, with regular-season intensity, Kerr says, and a proud opponent will capitalize on it to build a double-digit lead. It can smell the upset.

Then the Warriors find the "appropriate fear," to quote San Antonio Spurs coach Gregg Popovich, and they zoom back into the lead with a blizzard of Curry and Klay Thompson 3-pointers.

Thursday, the Warriors made their gut-punching run in the third quarter, when Thompson outscored Portland by himself during a 27-8 run over an eight-minute stretch.

From the time the Blazers had their largest lead (67-50 with 11:44 left in the third) to Golden State taking its first lead of the second half (77-75 with 3:48 left in the quarter), Portland didn't attempt a single 3-pointer. But it didn't fold.

Seth Curry hit two deep 3-pointers from an area the Oracle Arena crowd is used to seeing Steph fire from. His 3-pointer with 5:31 to go gave Portland a seven-point lead and felt a little like a comeuppance.

Was the little brother finally going to have his day? Whether you love the Currys and their wholesome, classy image or find them a bit saccharine, you had to relate to Seth Curry in that moment.

Competing with an older brother as likable and successful as Stephen Curry must be like trying to push Santa Claus off his pedestal.

As his older brother stepped to the line to take three critical free throws with 2:01 to go, Seth whispered to him after the first make, "That's 70 in a row."

Stephen broke his routine and looked over at his brother. He knew what his younger brother was up to.

"I was trying to get in his head and jinx him," Seth said. 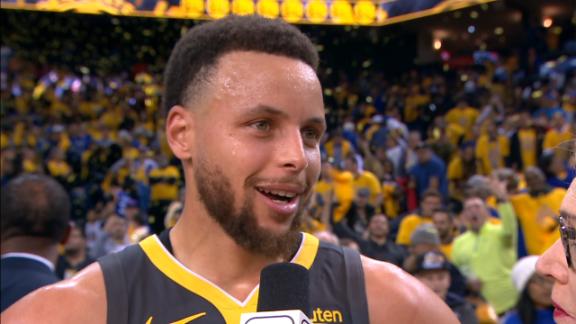 Curry: Green and Iguodala know how to win
Steph Curry praises his teammates in the Warriors' second-half comeback win and opens up about playing against his brother Seth Curry. 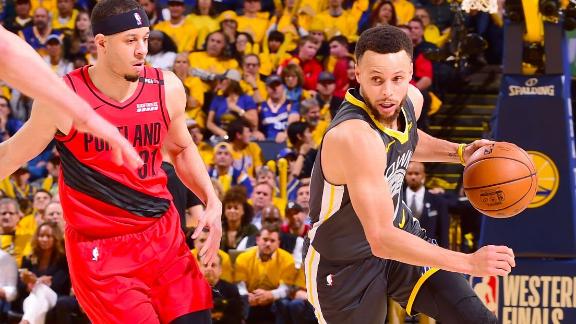