SAN FRANCISCO (KGO) -- Many of the country's top sailors are moving to the Bay Area. The FAST USA, Facility for Advanced Sailing and Technology, is opening up at the Treasure Island Sailing Center and will be the primary national training center for the U.S. Sailing Team.

"We got together with U.S. Sailing and decided what we needed was a full-time home for the Olympic athletes, the staff, the coaches, and the physiotherapists. As we got together and looked around the country, we decided that San Francisco was the best place for that permanent home," comments Peter Stoneberg, Chairman of FAST USA.

"It's huge. It's something I've always wanted," says Caleb Paine, Olympic bronze medalist in the Rio 2016 Summer Olympics. "I think we get better conditions on a longer period basis," says Paine about sailing weather in San Francisco Bay, where he typically trains. Now, his teammates will join him.

A sailing program offered at the Treasure Island Sailing Center (TISC) offers a unique approach to STEM education. Set Sail Learn is meant to teach 4th grade classes in the Bay Area about sailing and the San Francisco Bay.

Apart from the weather, Silicon Valley also influenced the decision.

"The technology piece was really important to U.S Sailing," says Stoneberg. "The home of technology is here in the Bay Area."

In fact, the container-based structure that will make up the facility was donated by Oracle.

"Having a home is so important," said Malcolm Page, two-time Olympic gold medalist and Chief of U.S. Olympic Sailing.

"I think it's a huge step forward for this country and for sailors who want to reach the top of the podium. I think it's really going to set ourselves up. To think the L.A. Olympics are only 10 years away, it's a great opportunity," says Page.

One of FAST USA's primary objectives is to encourage young sailors to pursue sailing to the highest levels. The facility hopes to provide a seamless path for kids who want to become professional sailors and increase Team USA's medal count in upcoming Olympic games.

Encouraging more kids to become sailors is a top priority for the new facility. The FAST USA concept fulfills a 20-year effort by the Treasure Island Sailing Center and the St. Francis Sailing Foundation to bring novice and Olympic sailors together in the same place.

"I am so excited for the area and I've always wanted US sailing to have a training facility out here on the West Coast," says Pamela Healy, bronze medal winner at the 1992 Summer Olympics in Barcelona.

Healy is also now a director at the St. Francis Yacht Club which established the St. Francis Sailing Foundation in 1985. The foundation is a 501(c)(3) charitable organization that helps financially assist youth sailing, future Olympic sailors, and sailing for folks with physical challenges.

"One of our dreams way back when was to be able to go in any given neighborhood in San Francisco and hear young kids talking about their experience sailing," says Treasure Island Sailing Center co-founder Carisa Harris-Adamson. "I think we're well on our way like programs like Set Sail Learn and now this FAST program."

"Our goal through FAST is to have a pipeline," says Harris-Adamson, who was a two time NCAA All-American sailor at Tuffs University and placed fifth at the 1996 U.S. Olympic Sailing Trials.

"This new Olympic training center is going to directly impact the kids in our community," says Healy. "It will rub off on them in a lot of positive ways. It will get them to maybe aspire to go to the Olympics... but maybe even just finish their homework or set goals for themselves."

FAST USA Olympic-level facility will be made of container-based structures donated by Oracle Racing. The structures were previously used by Oracle's America's Cup team as their base during the 2017 race held in Bermuda.

"The Oracle America's Cup team was done with it," explains Stoneberg. "They donated that to U.S. Sailing and we paid for it to be delivered over to San Francisco."

Right now FAST USA is still working with the City of San Francisco to finalize their lease. FAST USA chairman Peter Stoneberg says the facility will be planted by then end of 2018.

Here's an idea of how the site will look:

San Francisco Bay has often been considered one of the greatest sailing venues on Earth for its challenges: fog, wind, currents and traffic. It's often said if you learn how to sail in the Bay Area, you can sail anywhere in the world!

"If you go south of the Bay Bridge you have light air and no current, if you go out to the city front by Crissy Field you've got big current, big wind and big waves," says Stoneberg. "We call Richmond the Riviera."

Stoneberg explained to ABC7 News that the diversity of the Bay allows Olympic athletes to prepare for similar conditions overseas.

Why is Technology Important to FAST USA?

Technology can help the sport of sailing through innovations in wind, speed, and current tracking.

Meanwhile, broadcast technology like drones or virtual reality can help widen interest in the sport of sailing, that's often hard to watch on TV or other platforms.

However, the rise in tech jobs also induced U.S. Sailing to locate FAST USA in the Bay Area.

"There's an opportunity for our many athletes to do internships," explains Stoneberg. FAST USA has already placed some athletes in internships with companies like Autodesk, a software company based in San Rafael.

Stoneberg explains that hopefully their athletes can then build a career in the tech industry after they're done competing. 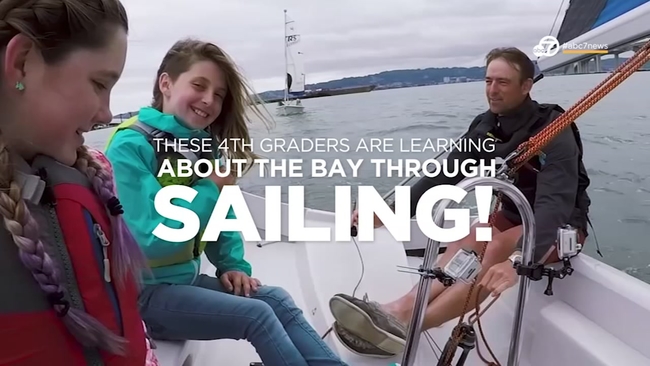 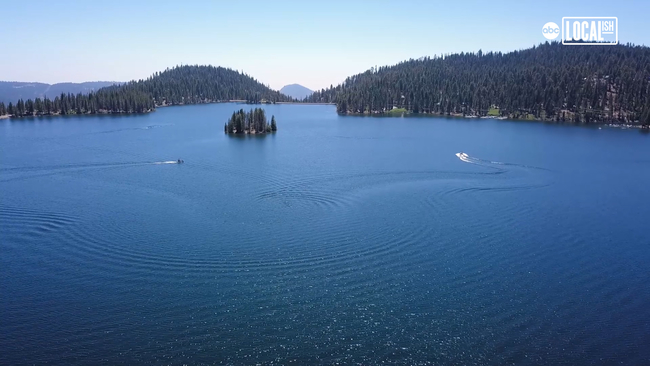