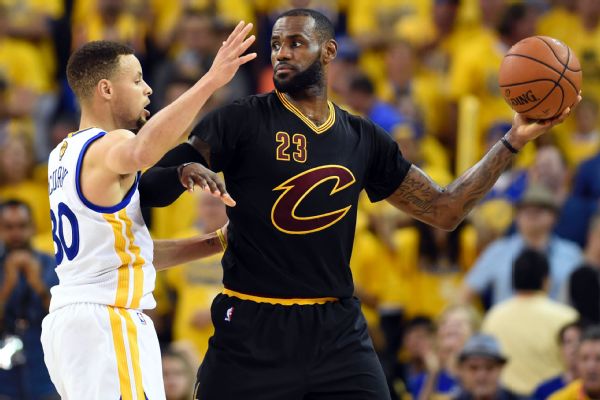 NEW ORLEANS -- The Cleveland Cavaliers and Golden State Warriors have met in the NBA Finals the past two seasons, andLeBron James and Stephen Curry are two of the biggest names in the NBA.

James is a four-time MVP. Curry has won the past two MVP awards, and last year he was the league's first unanimous choice.

But despite the similarities and the classic Finals clashes, James doesn't view Curry as a rival of his.

"I don't have a rivalry with Steph Curry," James said after Saturday's All-Star practice session. "There's no way you can say, 'Let's talk about rivalries,' and you say, 'Bird and Magic. Carolina, Duke. Ohio State, Michigan,' and then say 'LeBron and Steph.'

"It's disrespectful to those other three that I just named that you would even try to put us in the class with that. We haven't had enough battles, and who's to say we will have future battles. We'll see, but to put us in a category with [them], it's impossible. You can't do it."

James has gone so far as to say that there was not even a team rivalry in today's game, an opinion Warriors forward Draymond Green disagreed with.

"I think this is a rivalry," Green said last month. "It's definitely fun. A team that you beat, beat you, it's definitely fun. If you look at the last two years and this year, we've been the top two teams in the league each year, and so I look at it as a rivalry, and it's definitely a fun game to play in. But I don't really care if anyone else sees the game the way I see it. I see how I see it, and they can see it how they see it."

The Cavaliers and Warriors sit atop their respective conferences and appear to be headed toward a third straight Finals meeting. If that were to occur, it would be the first time in NBA history that the same teams faced off in the Finals three straight years.

As Cleveland begins to prepare for the postseason, James said he isn't concerned with a high-minute volume, adding that he will have plenty of energy to make a playoff run.

"I have enough left for whatever," James said. "I was ready to play another Finals after Game 7 of last year. Just give me one or two days' rest, and I'll be ready to go again."

But James isn't thinking about the playoffs or future Finals matchups while he is in New Orleans. He said this weekend isn't about rivalries or competition. He is just here to fellowship with his fellow All-Stars. 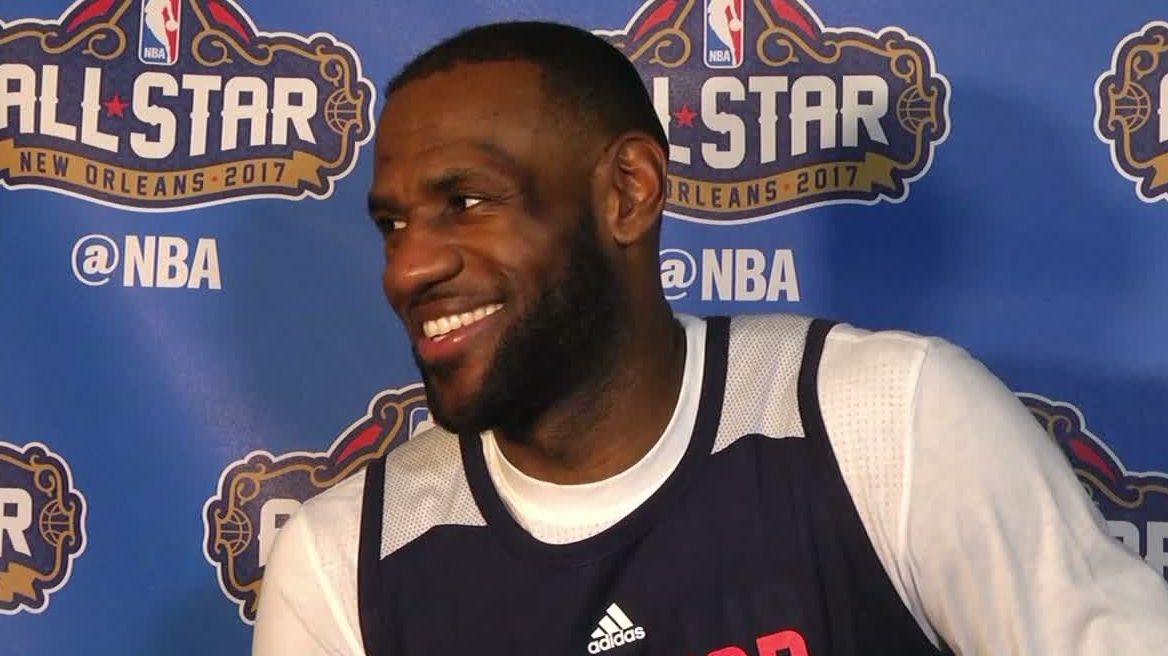