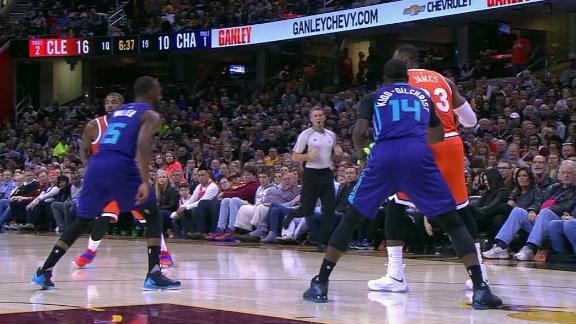 ESPN
By Dave McMenamin
CLEVELAND -- LeBron James is the first frontcourt player in NBA history to record 7,000 assists in his career.

James reached the milestone when he found Tristan Thompson for a dunk with 6:33 remaining in the first quarter of the Cleveland Cavaliers' 116-105 win over the Charlotte Hornetson Saturday night. It was James' fourth assist of the period.

"I really don't know, I don't know what to say," James said. "I've played with two great organizations that I've been able to do what I do. They've allowed me to be the player that I want to be. It just shows that's the triple threat of me, to rebound, to pass, to put the ball in the hole a little bit. I'm just honored, just blessed and I just try to continue to give it to my teammates, give it to my fans, give it to this organization every single night that I go out there.

James set the assists record for forwards during the 2014-15 season, when he leapfrogged Scottie Pippen's career mark of 6,135.

On Friday, James passed Elvin Hayes for ninth on the all-time scoring list.