Masters qualifying down to one event 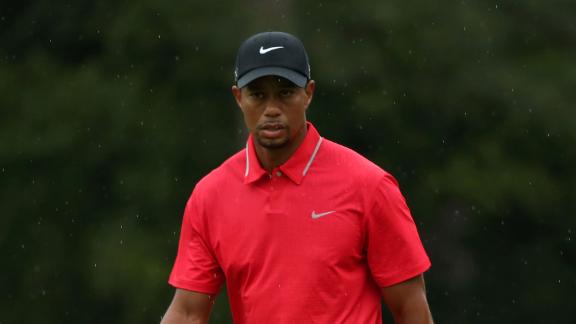 Only one possibility to earn an invitation to the Masters remains: winning the Shell Houston Open.

Two other opportunities passed on Sunday at the Valero Texas Open, where Jimmy Walker -- who was already in the Masters field -- won his fifth PGA Tour event.

It was also the last opportunity to gain an invitation via the top 50 in the Official World Golf Ranking.

Just missing were Scotland's Marc Warren at 52 and Harris English at 53.

Several players had a chance to move into the top 50 by winning the European Tour's Trophee Hassan II event, but none who had a shot was able to do so.

The Masters field is now at 99 players, and if the winner in Houston is not already in the field, the Masters will have at least 100 players for the first time since 1966 -- pending the status of players such as Tiger Woods, Kevin Stadler, Graeme McDowell, Brooks Koepka and Steve Stricker.

Woods has not played since withdrawing from the Farmers Insurance Open on Feb. 5 with back stiffness and subsequently said he'd be taking time off to work on his game.

Stadler has a wrist injury and hasn't played since the first tournament of 2015 in Hawaii, while Koepka (ribs) and McDowell (ankle) withdrew from the past two tournaments, respectively, with injuries. Stricker has not played since the Hero World Challenge in December and had back surgery shortly thereafter.

The Masters does not have alternates and would not replace any of those players if they are unable to participate. The tournament begins on April 9.