Minnesota blitzes Earthquakes to reach semifinals at MLS is Back 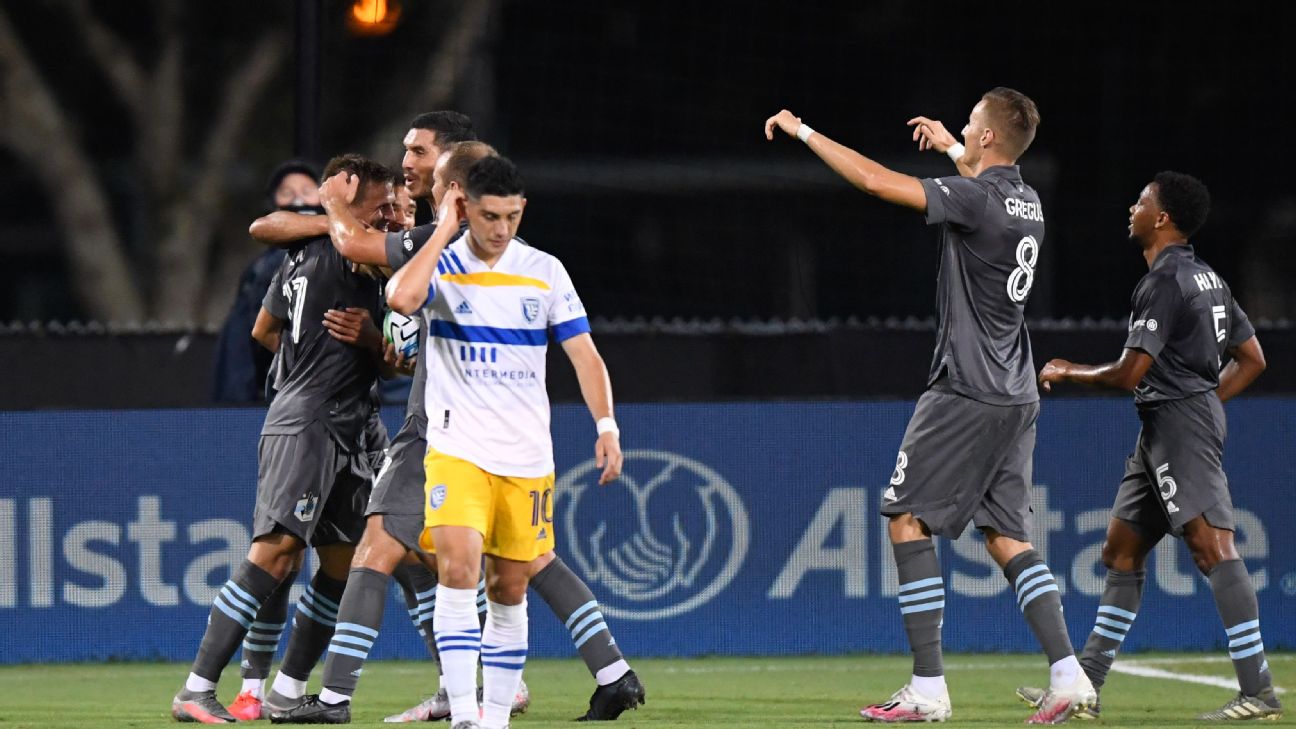 Robin Lod and Jacori Hayes scored 90 seconds apart in the first half, and Minnesota United FC remained undefeated in the tournament with a 4-1 victory over the San Jose Earthquakes on Saturday night in the quarterfinals of the MLS is Back Tournament near Orlando, Fla.


- Stream MLS is Back on ESPN networks, App | FC Daily on ESPN+

- Schedule, TV info: What you need to know

Lod, who also recorded an assist, struck in a brilliant cross-box header from Jose Aja in the 20th minute. Shortly after, Hayes dropped in a rebound off a save from San Jose keeper Daniel Vega to put the Loons (3-1-1 in the tournament) up 2-0 on 21 minutes at ESPN's Wide World of Sports Complex.

Minnesota, which also got a 56th-minute goal from Luis Amarilla and Marlon Hairston's score in the 86th, will play upstart Orlando City SC in the semifinal round on Thursday.

Magnus Eriksson pulled one back for the Earthquakes (2-1-2 in the tournament) in the 50th minute with his third successful penalty attempt in two games. The opportunity came after VAR signaled a handball in the box from Hayes.

While San Jose was the squad on the offensive entering the match (totaling 11 goals in winning its previous three matches), Minnesota proved to be the aggressor from the start. After coming close via Ethan Finley within the first 15 minutes, the Loons took control shortly after through Lod and Hayes.


However, the 'Quakes found some spirit right out of the second-half gate, stepping up their own pressure. It resulted in Eriksson's chance from the spot, which needed a review to eventually halt play after nothing was initially called on the pitch.

Minnesota, though, managed to regain its two-goal advantage through some nifty 1-on-1 dribbling from Amarilla before beating a tardy Vega.

Results of matches in the knockout round of the "MLS is Back Tournament" do not count toward the regular-season standings within the league, but Minnesota has won four straight over San Jose over all competitions. 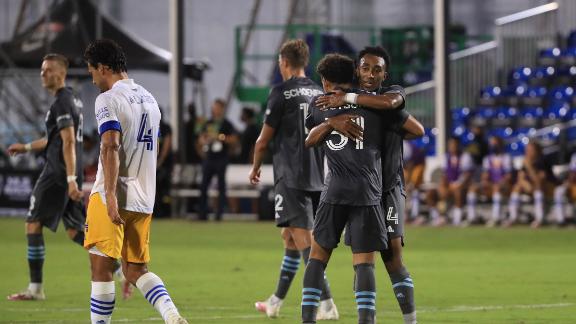 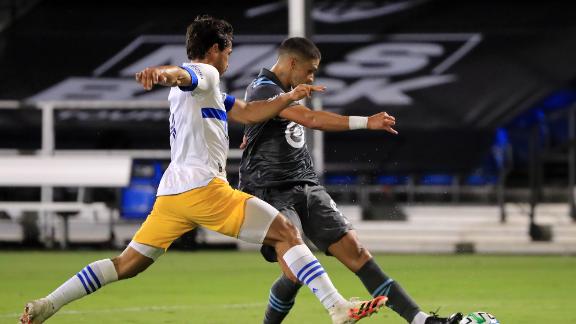