Rafael Nadal rallies into 3rd round 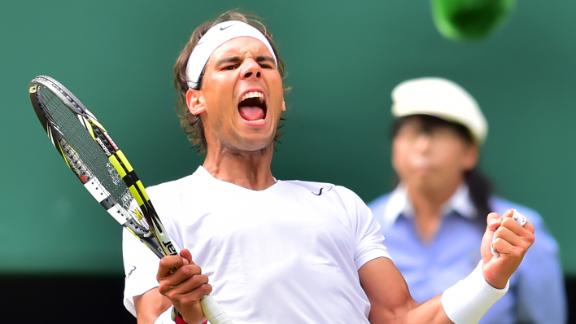 LONDON -- Not this time.

Two years after being knocked out in the second round of Wimbledon by Lukas Rosol, Rafael Nadal found himself one point away from falling behind two sets to love to the same player on the same Centre Court in the same round Thursday.

It looked like another huge upset was in the making.

But the Spaniard ripped a forehand winner to erase the set point and Rosol double-faulted two points later to give Nadal the set. With that sudden shift in momentum, Nadal rallied for a 4-6, 7-6 (6), 6-4, 6-4 victory that sent him into the third round at the All England Club.

"The difference maybe is one point," the two-time champion said. "Maybe if I lose that set point in the second set, if that forehand down the line went out, maybe (I) will be here with a loss.

"But that's the sport. That forehand was a perfect forehand for that moment."

Rosol stunned Nadal in five sets in the second round in 2012, a match that finished under the closed Centre Court roof. While Nadal insisted he was not out for revenge, the way he dug himself out of trouble and celebrated with fist pumps and shouts of "Vamos!" showed how much winning this match meant to him.

"Today is another history, another story," he said. "I needed to find the solution. Finally I did. That's the most important thing."

Nadal came into Wimbledon after winning his ninth French Open title but his form on grass was in question. In addition to that loss to Rosol two years ago, he was upset in the first round last year by Steve Darcis and lost to Dustin Brown in a grass-court warm-up two weeks ago in Halle, Germany.

"This is a very important victory for me," Nadal said. "To be in the third round here again after two, three years is very positive news, and I finished the match playing at a very high level."

Nadal looked in danger again Thursday as the big-hitting, 6-foot-5 Czech kept going for big serves and forehands that kept the Spaniard at bay.

After taking the first set, Rosol went up a break in the second before Nadal broke back to make it 4-4. Then came the tiebreaker that changed the course of the match.

Rosol went up 5-4, with a chance to serve out the tiebreaker in the next two points. Nadal won the next point, forcing Rosol to miss a low half volley. Rosol served an ace to give him a set point at 6-5. Nadal then came up with the forehand winner to make it 6-6, Rosol missed a return on the next point, and then double-faulted into the net.

While Nadal celebrated, his coach and uncle, Toni, leapt out of his seat in the guest box, shouted "Vamos!" and pumped his fist three times.

"I just wanted to keep fighting and wait for my moment," Nadal said.

From then on, Nadal was in charge. He ran off 14 points in a row from the end of the third set to early in the fourth. Serving for the match, Nadal saved a break point and squandered two match points before converting on the third.

The seven-time Wimbledon champion had 25 aces -- including three in the final game -- in a match that finished under the roof on Centre Court because of rain that forced suspension of play at the All England Club.

Also advancing was Kei Nishikori of Japan, who made the third round for the third consecutive year with a 6-3, 6-2, 6-1 win over 21-year-old American qualifier Denis Kudla.

The 10th-seeded Nishikori, making his 20th appearance in a Grand Slam, has had contrasting fortunes in majors this season, making it to the fourth round at the Australian Open and losing in the first round at the French Open.

Nishikori will play Simone Bolelli in the third round, where he's lost both matches in the past two years.

The second-round match was suspended on Wednesday due to darkness with the fifth set level at 9-9.

Both had first-round matches suspended because of darkness on Monday and completed on Tuesday, meaning both have played all four days of the tournament.

Also playing to a high tiebreaker was John Isner, who won a 19-17 tiebreaker in the opening set and never faced a break point en route to beating 62nd-ranked Jarkko Nieminen of Finland to reach the third round for the first time.

"That tiebreaker was something else," said Isner, the only American man remaining of the 10 who were in the field. "Fortunately, I won."

Only one men's singles tiebreaker at Wimbledon contained more points than the 36 played by Isner and Nieminen: Bjorn Borg won a tiebreaker 20-18 in 1973.

Isner fought off five set points for Nieminen in that tiebreaker. And Isner finally converted his eighth set point when Nieminen sent a forehand wide.

By winning a pair of tiebreakers Thursday, Isner improved to 24-12 in the set-deciding format this season.

"For whatever reason, when I'm that situation, I always have a lot of adrenaline, and I'm always serving my best," said Isner, who beat Nicolas Mahut 70-68 in the fifth set of an 11-hour, 5-minute match spread over three days in Wimbledon's opening round in 2010.

"The name of the game for me is just taking care of the two points on my serve. Put the pressure back on my opponent. That's what I did."

The 24th-seeded Monfils, who reached the quarterfinals at the French Open earlier this month, has never advanced past the third round at the All England Club on a surface he struggles with. 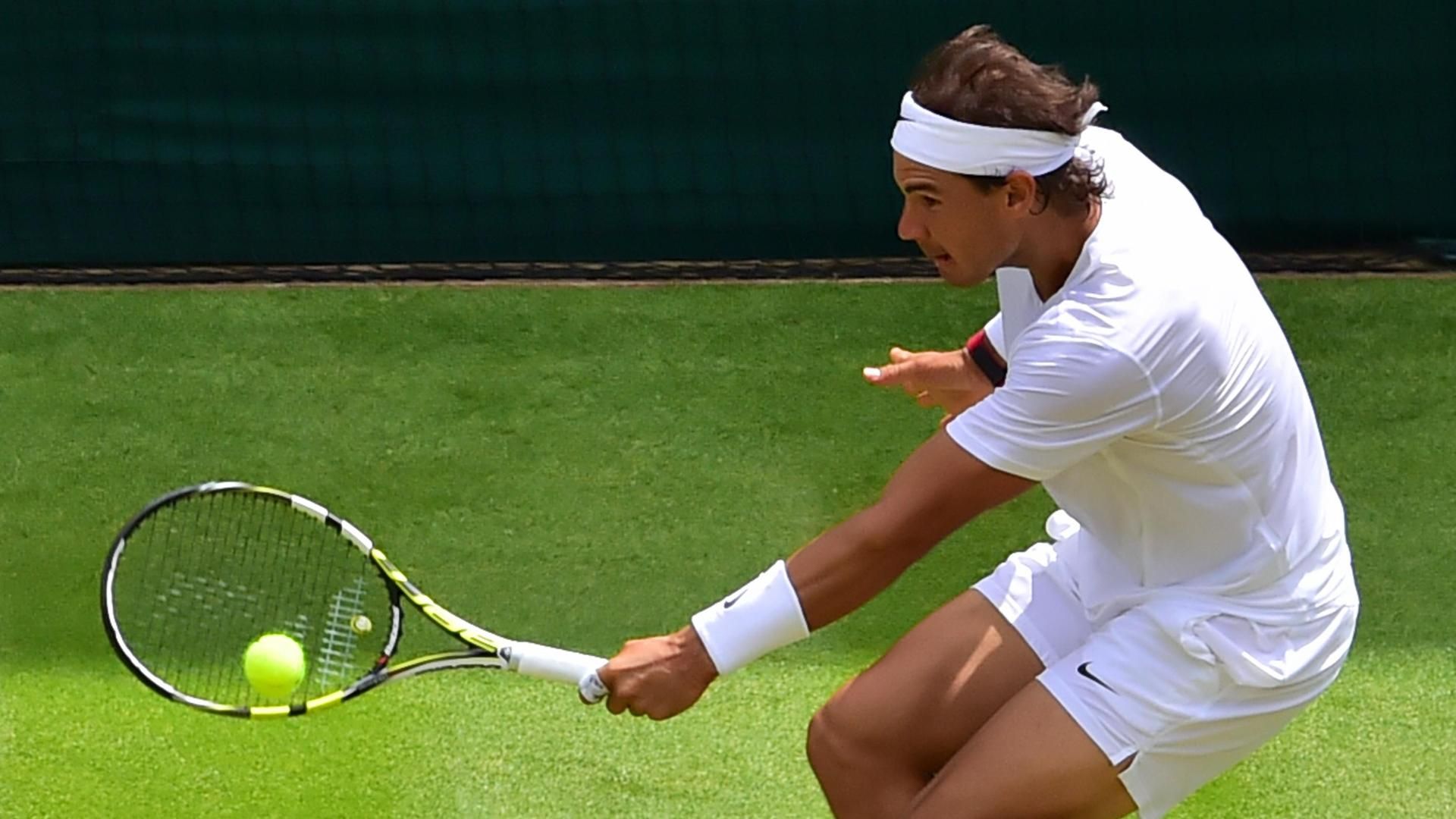 Nadal On Rosol Rematch
Rafael Nadal talks about his second-round win over Lukas Rosol, the man that upset him two years ago here, and how he was able to power past a tough first set.

Adrenaline Powers Isner Through Tiebreakers
John Isner talks to the press about his second-round win over Jarkko Nieminen and why his serve improves during tiebreakers. 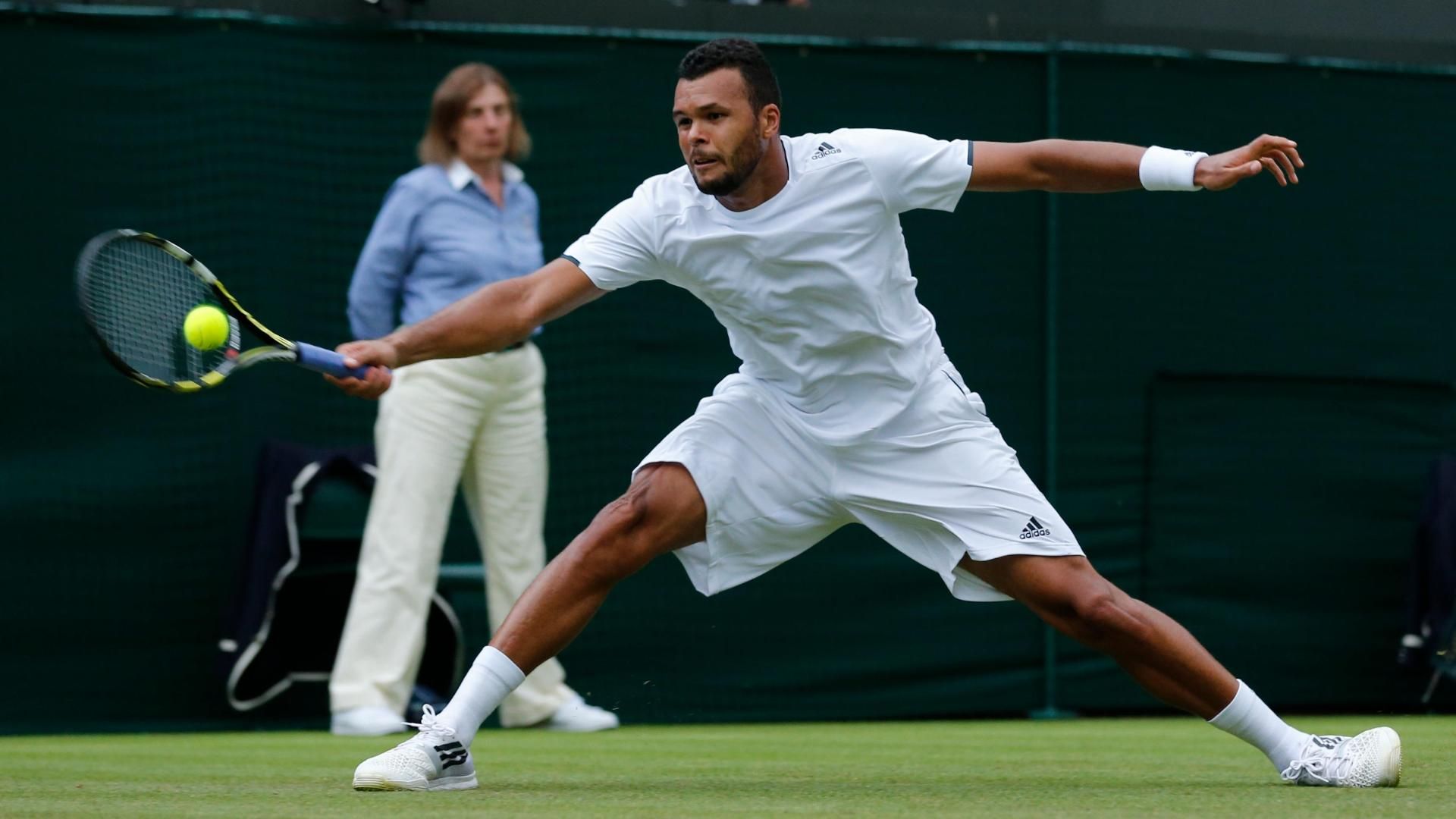 Tsonga: It's Not Easy
Jo-Wilfried Tsonga talks about his second-round win over Sam Querrey and how tiring it is to chase the big four over the last few years.

Nishikori Into Third Round
Kei Nishikori talks about his second-round win over Denis Kudla and how he's been able to develop his grass-court game. 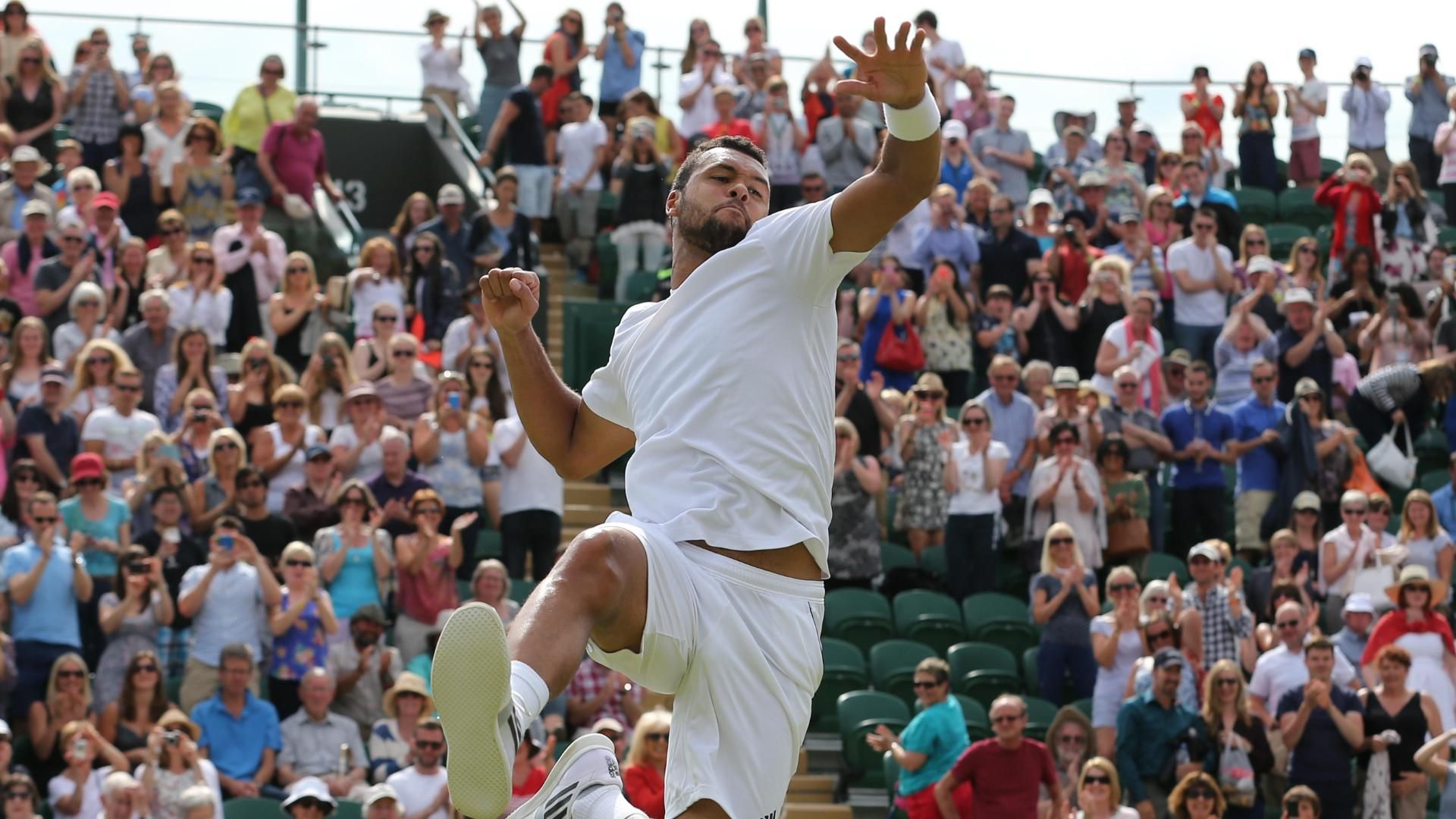 Tsonga Enhances Victory Dance
Jo-Wilfried Tsonga is fired up after beating Sam Querrey in the second round and gives an extended version of his signature celebration.