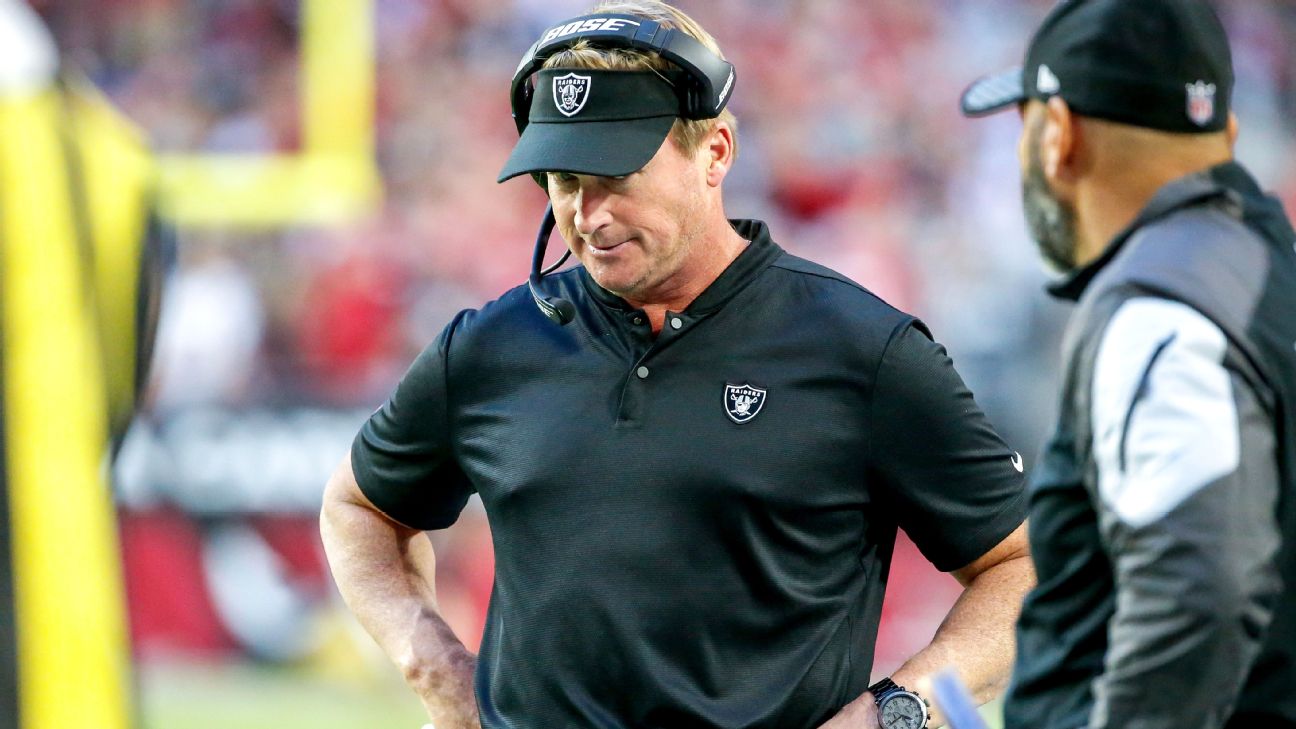 ALAMEDA, Calif. -- While it might have appeared that Jon Gruden did not know the rule for challenging a play late in the first half of the Oakland Raiders' 40-33 loss to the Kansas City Chiefs on Sunday, Gruden insisted he knew what he was doing when he threw the red flag on the field.

Call it a flag of dissent, then.

Because after replays seemed to show the football hitting the ground on a touchdown catch by Travis Kelce, the play had already been reviewed in the booth, as all scoring plays are, and ruled a score. Plus, the play happened with less than two minutes to play in a half, so it was reviewed for that reason, too. And upheld.

Gruden had been asked if he had "any sense" on whether injured receiver Martavis Bryant might play again this season, and off Gruden went on why he challenged the TD.

"I have no sense, common sense or sense on Bryant," Gruden said with a smile Monday in his weekly media conference. "I threw a challenge flag with seven seconds left yesterday. I knew exactly what I was doing, by the way.

"It wasn't a very sensible thing to do. I wanted to challenge (senior vice president of officiating) Al Riveron in New York City because I have people in the press box telling me that's not a catch. Seeing plays overturned by somebody you can't even see, I thought, with three timeouts and seven seconds left, I'd use one of my timeouts by giving Al a little extra time to look at that. But I knew exactly what I was doing."

Yes, the Raiders were docked a timeout for the "unchallengable" challenge, throwing the flag with under two minutes remaining in a half.