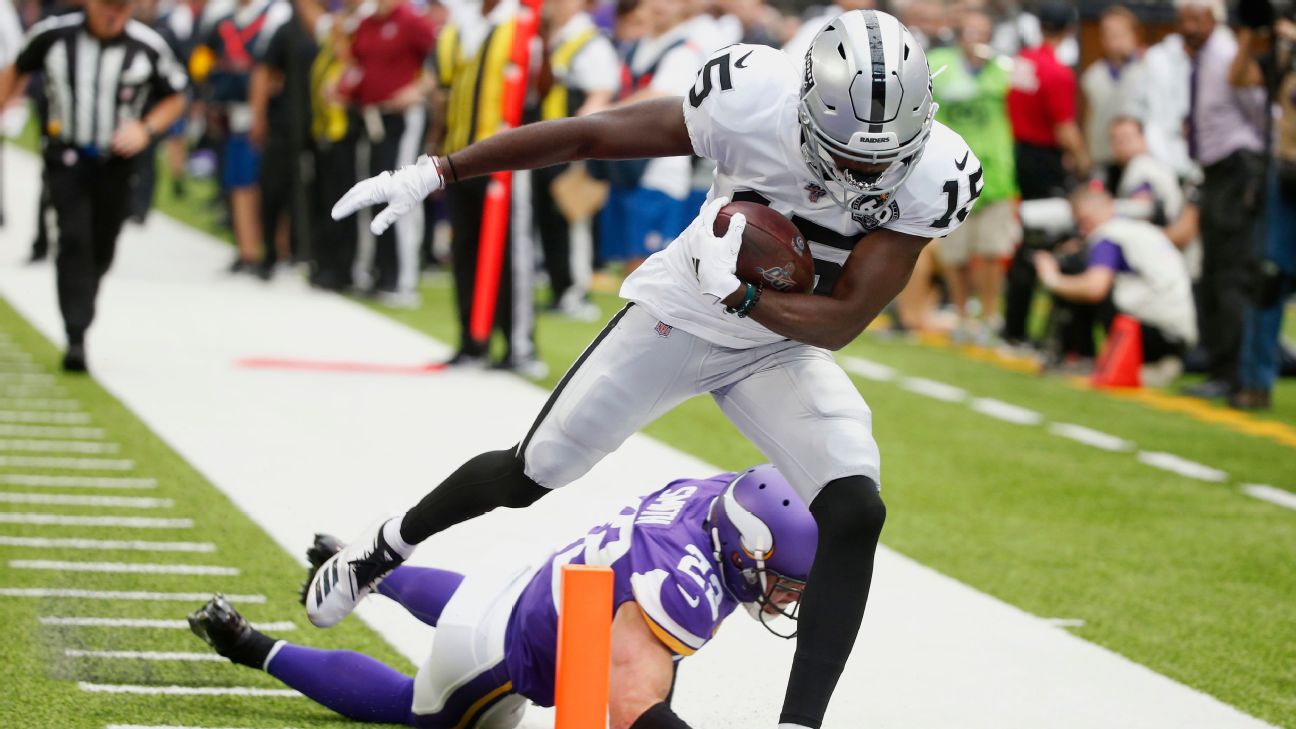 Gruden called in a flea-flicker and Derek Carr worked it to perfection in the second quarter against the Minnesota Vikings.

Already trailing 21-0, the Raiders had a first-and-10 from the Vikings' 30-yard line when Carr handed off to Jalen Richard, who took two steps toward the line before spinning to his left and pitching the ball back to a waiting Carr, who looked down the left sideline.

That's where receiver J.J. Nelson, making his Raiders debut after missing the first two weeks with an ankle injury, was wide open at the 5-yard line. After hauling in the pass, Nelson beat Vikings strong safety Harrison Smith to the goal line.