ESPN
The Oakland Raiders continued to beef up their offensive line by re-signing tackle Donald Pennto a two-year deal onWednesday.

Penn's deal is worth $14 million, according to the San Francisco Chronicle.

Penn, who turns 33 on April 27, reportedly was scheduled to visit the New York Giants later this week but that visit no longer will take place.

His return assures that Kelechi Osemele, who signed a five-year, $58.5 million contract with the Raiders on the first day of free agency, will play guard in 2016. Osemele has experience at tackle and likely would have replaced Penn on the left side had he signed elsewhere.

Penn, the durable blindside protector for Derek Carr, has been a constant since coming into the league with the Tampa Bay Buccaneers as an undrafted free agent out of Utah State in 2007.

He has started 140 straight games, the third-longest active streak among offensive tackles in the NFL.

A Pro Bowl selection for Tampa Bay in 2010 who came to Oakland as a free agent in 2014, Penn has caught a pass in three straight seasons. He has caught three touchdown passes in his career, including a 3-yarder from Carr against the San Francisco 49ers in 2014. 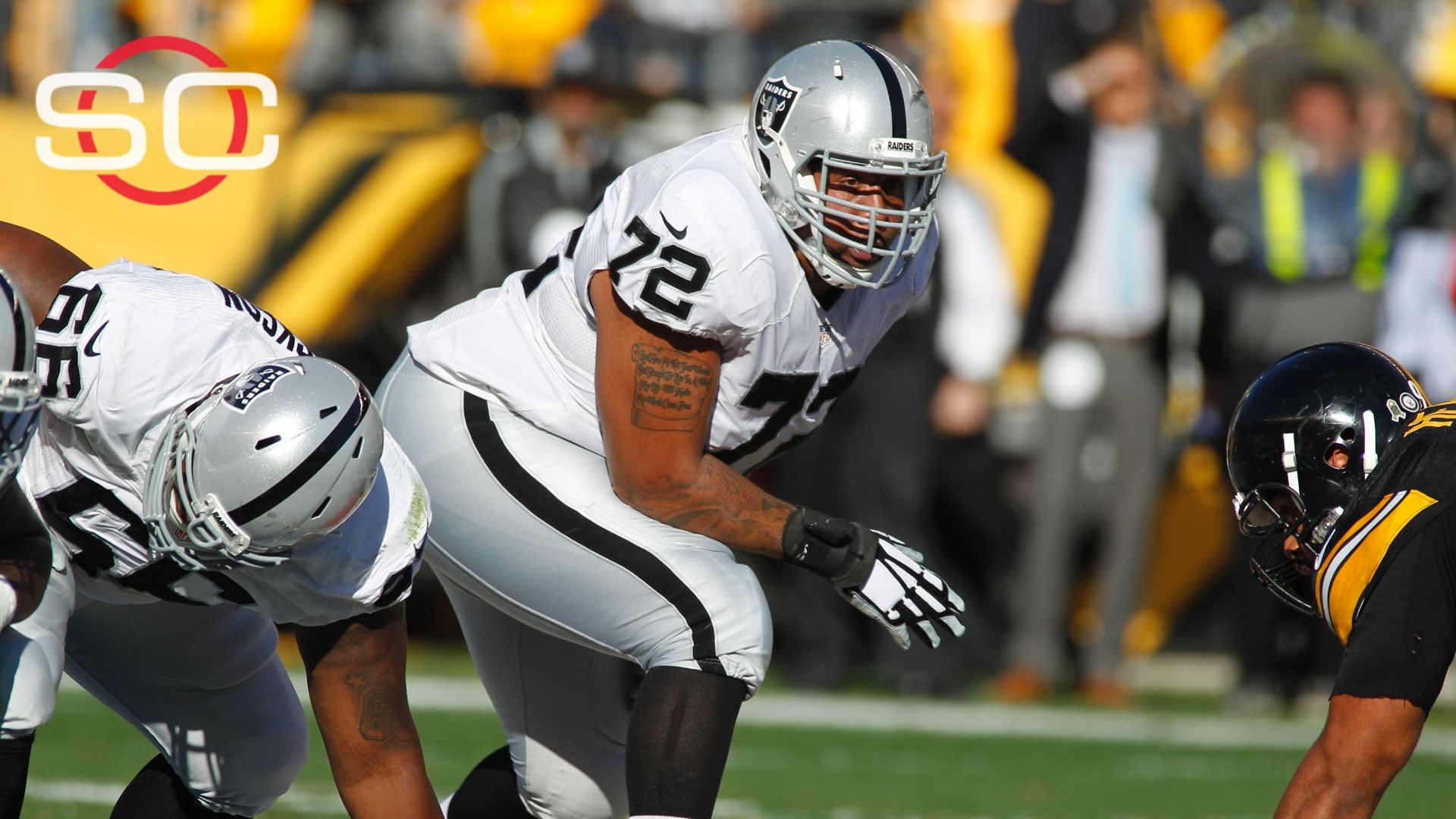