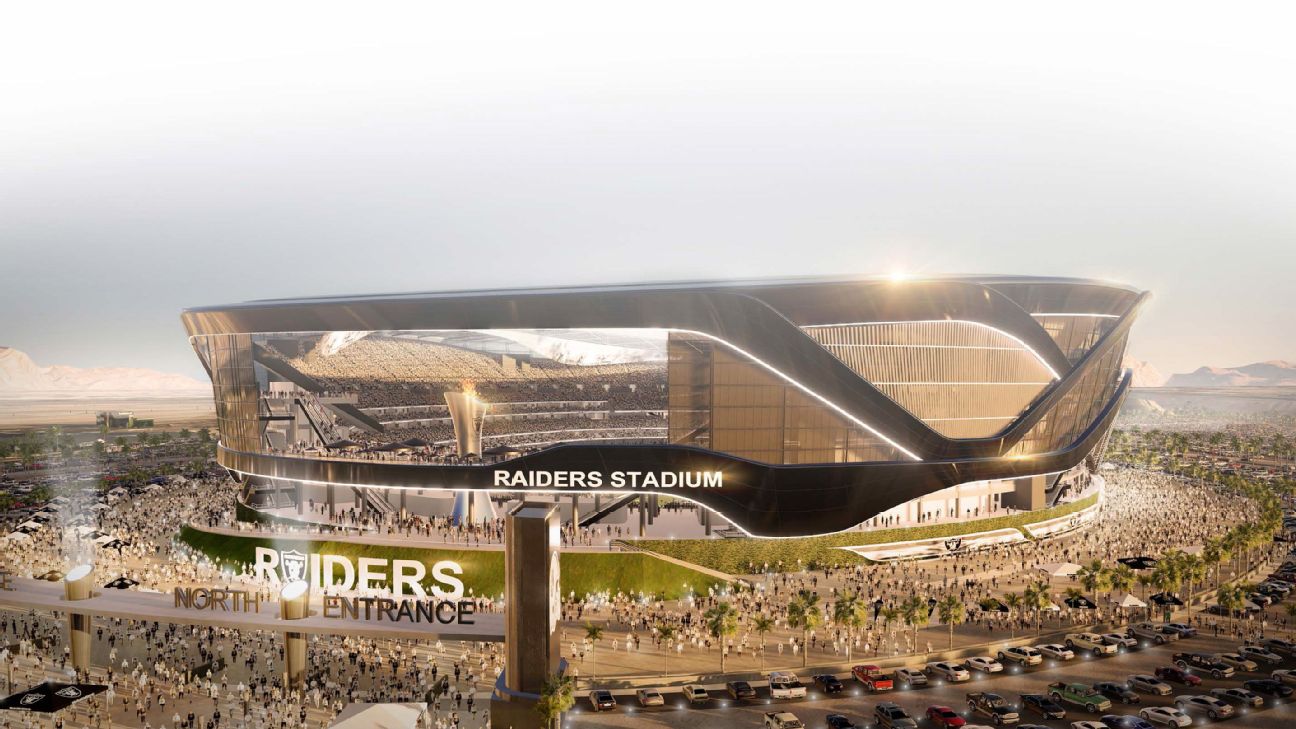 The new stadium being built for the NFL's Raiders in Las Vegas will officially be called Allegiant Stadium, it was announced Monday.

Las Vegas-based Allegiant Air will be the naming sponsor for the $1.9 billion, 65,000-seat indoor stadium, which was topped off in a ceremony Monday.

"We're thrilled that our future home will be known as Allegiant Stadium," Raiders president Marc Badain said in a statement. "As the hometown airline, Allegiant is the perfect partner to showcase the incredible support we continue to receive from the Southern Nevada community. We are grateful to all involved who worked diligently to make Allegiant Stadium a reality."

Financial terms were not released, though the Las Vegas Review-Journal reports the airline is likely paying between $20 million and $25 million a year to name the building.