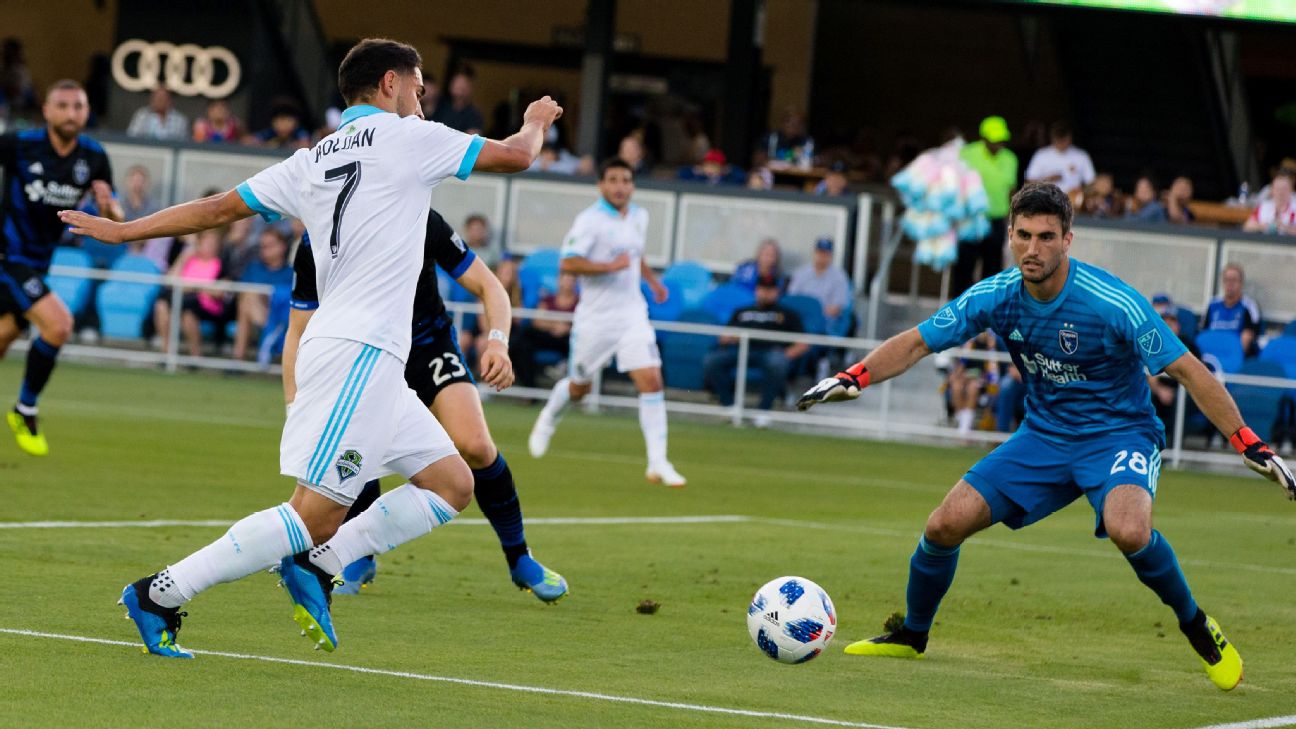 For his 28th birthday, Raul Ruidiaz got his first MLS start, and the Peru international paid back the Seattle Sounders with an even more important gift, scoring the lone goal in a 1-0 road victory against the San Jose Earthquakes on Wednesday night.

Ruidiaz took a cross from Cristian Roldan at the top of the penalty box, made one touch and then volleyed the ball past diving San Jose goalkeeper Andrew Tarbell and into the lower left corner of the net in the 62nd minute.

Goalkeeper Stefan Frei made five saves to post the shutout, and the Sounders remained unbeaten in five matches this month as the two-time defending Western Conference champions attempt to make another late-season rally.

Ruidiaz, the leading scorer in Liga MX over the past two seasons for Morelia, was acquired during the international signing period and made his debut for the Sounders as a reserve last weekend against Vancouver.

He nearly made an immediate impact Wednesday, striking a 15-yard shot just wide of the left post in the opening minute for a Sounders team that has scored a league-low 19 goals this season.

The Earthquakes had two players making their MLS debuts: defender Guram Kashia, 31, a Georgia national and former captain of Dutch side Vitesse, and midfielder Luis Felipe Fernandes, 22. Fernandes was issued a yellow card in the 38th minute for unsporting behavior after fouling Sounders midfielder Nicolas Lodeiro.

The teams combined for 12 shots in a scoreless first half, but only three of those found the target.

The Sounders had an opportunity in the 20th minute as Lodeiro crossed a ball from the right wing for Harry Shipp in the middle of the penalty box. The ball found its way to Ruidiaz near the far post, but Tarbell quickly charged off his line to knock it away from Ruidiaz before he could get set for a shot.

San Jose's Valeri Qazaishvili attempted a curling shot with the outside of his right foot from 18 yards out in the 40th minute, but Frei made a sliding stop on it near the far post.