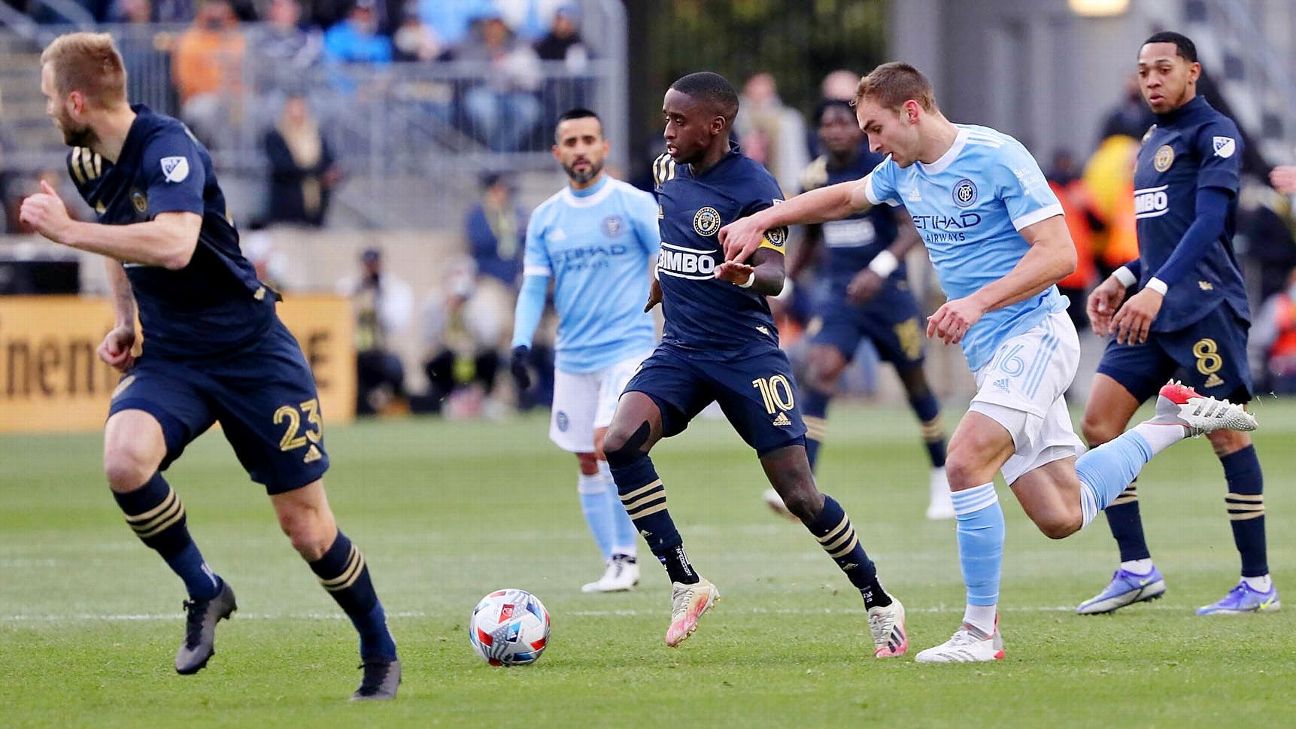 The San Jose Earthquakes have acquired Cape Verde international attacker Jamiro Monteiro from the Philadelphia Union in exchange for upwards of $450,000 in General Allocation Money (GAM) plus an international roster slot, sources confirmed to ESPN.

MLSSoccer.com was the first to report the news.

Monteiro, 28, arrives in San Jose after spending the previous three seasons in Philadelphia, where he scored 11 goals and added 21 assists in 86 league, cup and playoff appearances. The Rotterdam-born attacker was previously on the books of SC Cambuur, Heracles and French side Metz.


At international level, Monteiro has made 11 appearances for Cape Verde, scoring one goal.

Monteiro will, at least for the moment, be a classified as San Jose's third and final Designated Player alongside midfielder Eduardo "Chofis" Lopez and winger and winger Cristian Espinoza. According to data provided by the MLS Players Association, Monteiro earned $1,476,250 in guaranteed compensation last season.

The Union now have an available DP slot with new arrivals Mikael Uhre and Julian Carranza both counting as DPs.