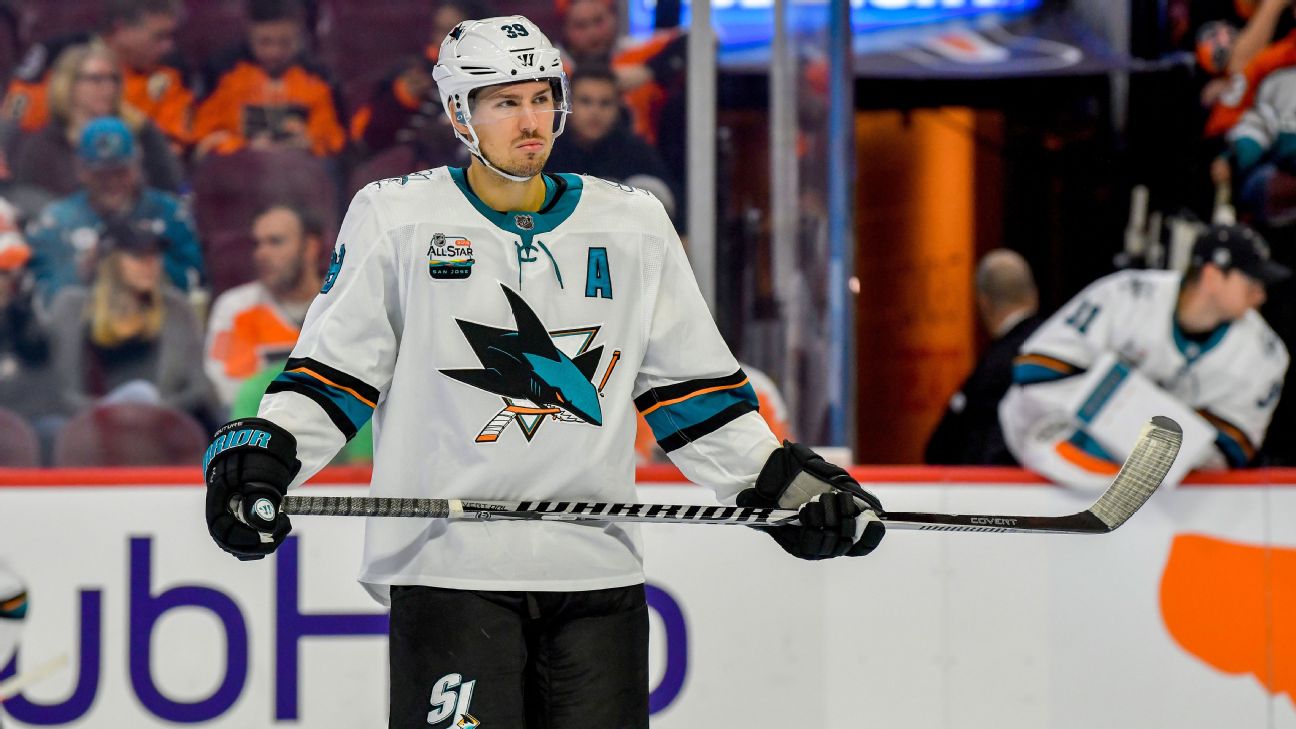 San Jose Sharks captain Logan Couture was struck in the side of the head by a puck in the first period of Sunday's 4-3 home loss to the Colorado Avalancheand did not return.

Timo Meier, Couture's teammate, fired a shot that changed direction when it hit Colorado forward J.T. Compher's stick before making contact with Couture.The forward played in only five shifts, with 4:07 of ice time, before the injury.

In his postgame availability, Sharks coach Bob Boughner said the decision to keep Couture out of the game was precautionary and that the two-time All-Star went through the league's concussion protocol.

"I don't think it's anything serious," he said. "I think he's going to be fine."

Boughner was optimistic that Couture could play on Wednesday at Chicago.

It has been an injury-plagued season for Couture, who missed 17 games from Jan. 9 to Feb. 23 after suffering an ankle fracture against theSt. Louis Blueson Jan. 7. Despite the absences, Couture, 30, still has 16 goals and 29 points this season, his 11th in San Jose.
Report a correction or typo
Related topics:
sportsespnnewsnhllogan couturesan jose sharks
Copyright © 2021 ESPN Internet Ventures. All rights reserved.
More Videos
From CNN Newsource affiliates
TOP STORIES
Here's why seniors must wait for the COVID-19 vaccine
Contra Costa Co. launches vaccination campaign for 65 and older