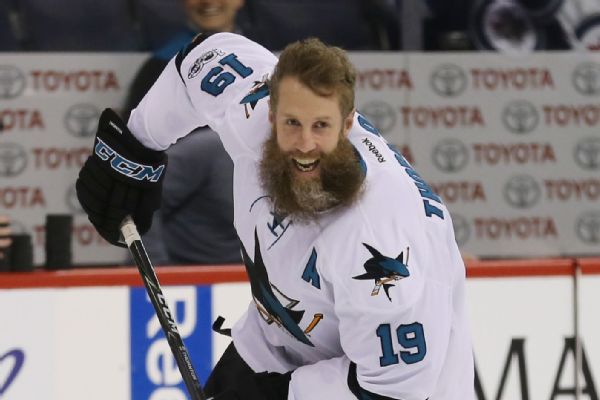 The San Jose Sharks welcomed back forward Logan Couturebut were without Joe Thornton in Game 1 of their Western Conference first-round playoff series against the Edmonton Oilers.

Both Couture and Thornton had been game-time decisions, but only Thornton was scratched.

For Couture, it was his first game since losing multiple teeth after being hit in the face by a puck in a March 25 game.