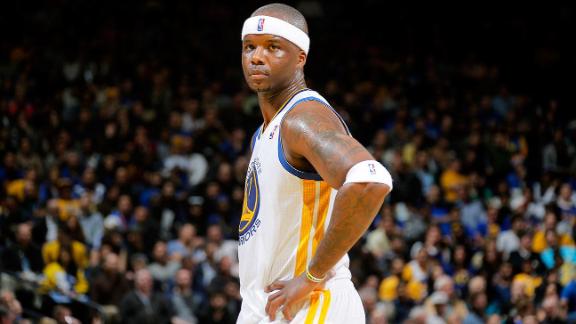 NEW ORLEANS -- The Dallas Mavericks are confident they are inching closer to the eventual signing of veteran center Jermaine O'Neal, according to team sources.

Sources told ESPN.com that the Mavericks -- who continue to closely monitor the 36-year-old center as O'Neal works out in preparation for a comeback -- hope to sign him by the All-Star break.

Sources say O'Neal has made it clear to interested teams that he doesn't intend to sign anywhere until he is closer to NBA game shape. After taking the first few months of the season to focus on family time and business trips, O'Neal has been working out intensely since the start of 2015 out of his home gym in Southlake, Texas, a suburb of Dallas.

O'Neal also traveled to Germany earlier this month for the same treatment on his knees that he credits for contributing to his success last season in Golden State. He posted pictures of the treatments on Instagram and wrote: "If you know me then you know what this means! But this is the 2nd step in a 3 step process!"

ESPN.com reported earlier this month that the Portland Trail Blazers, who drafted O'Neal out of high school in 1996, have also been trying to secure a commitment from the free-agent big man. But sources say the Mavericks firmly believe they have the inside track.

Upgrading their depth at center is a priority for the Mavs, who wanted to add bulk even before giving up Brandan Wright in the Dec. 18 blockbuster trade to acquire Rajon Rondo. Rookie big man Dwight Powell, a second-round pick who was a throw-in in the Rondo deal, has been getting the majority of the minutes behind starting center Tyson Chandler and has averaged 4.2 points and 2.2 rebounds in 11 minutes per game for the Mavs.

O'Neal, a six-time All-Star who played four seasons for Carlisle with the Indiana Pacers in his prime, averaged 7.9 points, 5.5 rebounds and 20.1 minutes last season for the Golden State Warriors. The 18-year veteran has career averages of 13.2 points and 7.2 rebounds.