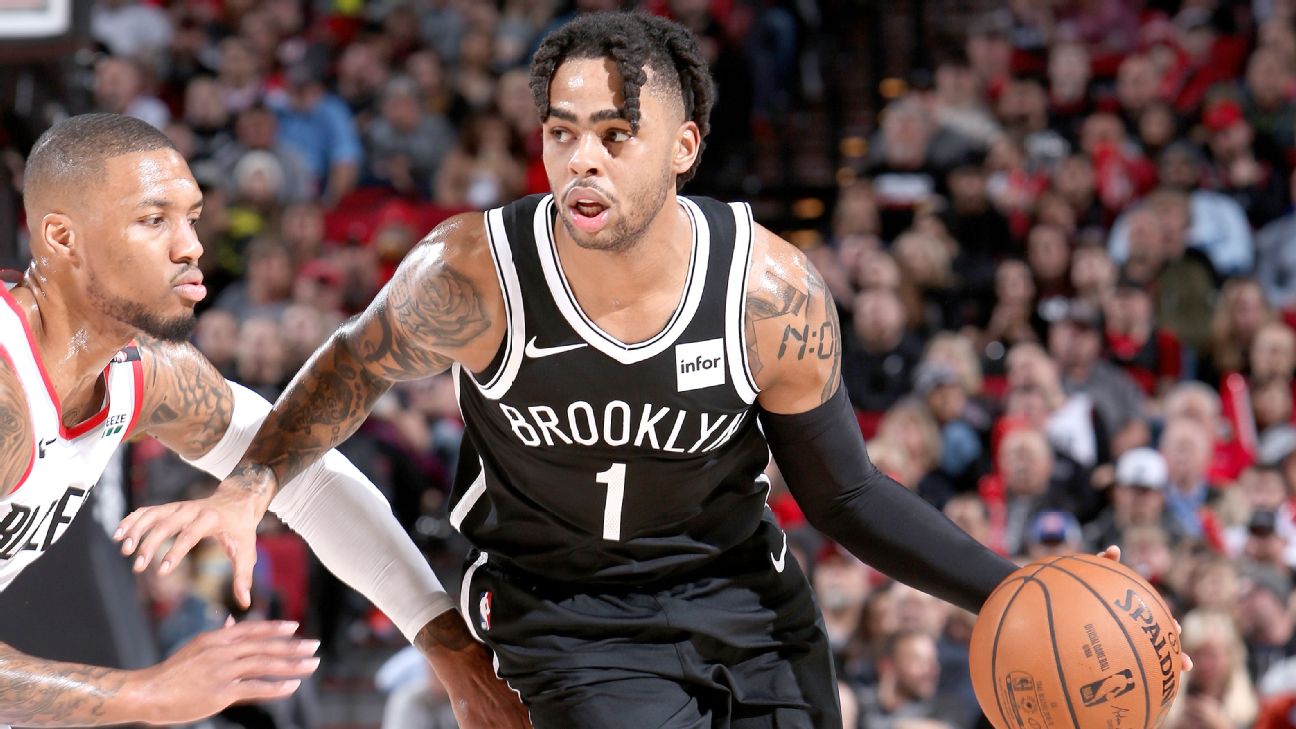 The deal is expected to be completed Saturday, when the NBA's signing moratorium ends, sources said.

The Warriors will include a future protected first-round pick to the Nets to help accommodate facilitating Golden State's ability to acquire Russell, league sources said.

The Nets will send Shabazz Napier and Treveon Graham to the Warriors, who will then move both players and cash to theMinnesota Timberwolves, according to league sources.

The deal was born out of Kevin Durant's free-agent decision to join the Nets on a four-year, $164 million contract.

To create the salary-cap flexibility to turn Durant's free-agent deal with the Nets into the acquisition of Russell, the Warriors traded three-time champion Andre Iguodala to the Memphis Grizzlies with a protected 2024 first-round draft pick, league sources tell ESPN.

Memphis gets the 2024 pick protected through Nos. 1-4 in that year, protected to No. 1 in 2025 and unprotected in 2026 if the pick hadn't yet been conveyed, league sources tell ESPN.

The departure of Iguodala and Durant ends an era with the Warriors, who will retool their roster with a Russell-Steph Curry backcourt until Klay Thompson returns from a torn ACL injury sometime next season.

In the aftermath of Kyrie Irving joining Durant with the Nets, Russell became the object of a fierce recruiting battle as a restricted free agent who'd likely soon be renounced in Brooklyn and become an unrestricted free agent. The Los Angeles Lakers and the Timberwolves -- who wanted to engage Brooklyn with a sign-and-trade -- were aggressive in pursuit of Russell in a deal.

The deal needed to be nurtured overnight, which included Durant and his camp, including business manager Rich Kleiman, and Russell's agents with CAA, Austin Brown and Aaron Mintz. Sign-and-trades can be complex pursuits, and this deal had its share of hurdles on its way to completion. Now, Durant helps get the Nets a future draft pick, and Russell gets to join one of the league's preeminent franchises and play with two of the NBA's all-time guards, Curry and Thompson.

Russell enjoyed a breakout fourth NBA season, putting up the type of numbers many expected when the Lakers took him No. 2 overall in the 2015 NBA draft.

The point guard helped lead Brooklyn to 42 wins while making his All-Star Game debut. He did so by averaging career bests in points (21.1 per game) and assists (7.0) as the Nets reached the playoffs for the first time since 2015. 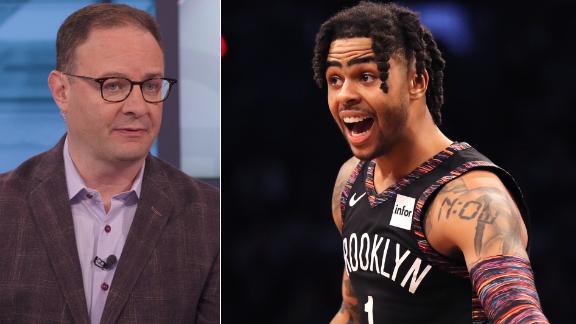 Woj: Warriors still working on acquiring Russell
Adrian Wojnarowski explains how the Warriors are trying to work with the Nets on a sign-and-trade to acquire D'Angelo Russell. 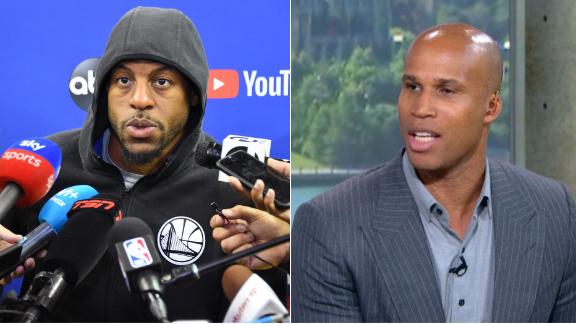