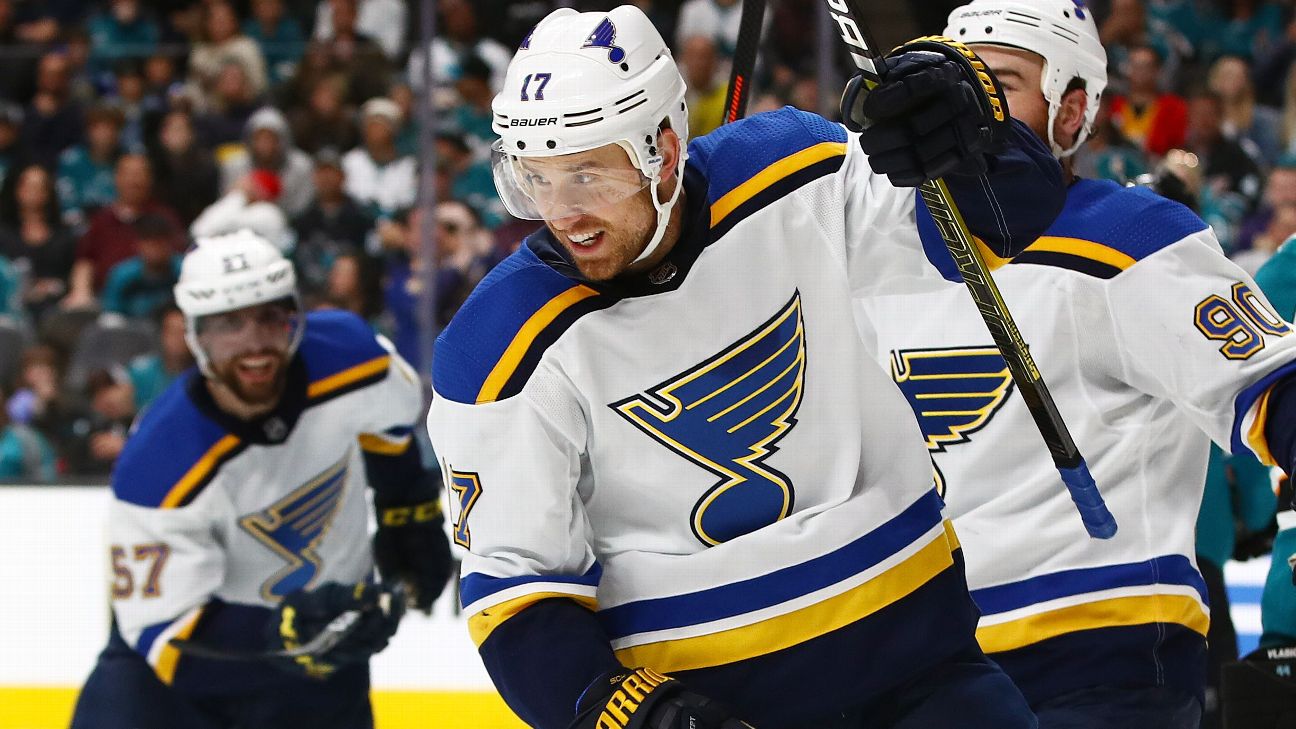 The San Jose Sharks are on the brink of elimination yet again. Meanwhile, the St. Louis Blues are one win away from their first Stanley Cup Final appearance since 1970, which was their third year of existence.

Here's a recap of last night's action (check out replays of every playoff game on ESPN+) and what to watch for Tuesday night, in today's edition of ESPN Stanley Cup Playoffs Daily:

Play of the night | Social post of the day

The Sharks started out strong and had a few early looks. But then things went sideways: San Jose couldn't get one in while the Blues -- the best road team in these playoffs, now 7-2 away from home -- capitalized. St. Louis amped things up in the second period, outshooting the Sharks 20-6. St. Louis has now outscored San Jose 7-1 since the controversial hand pass play that ended Game 3.

Sharks coach Peter DeBoer admitted his team lost his composure in the third, especially when Joe Pavelski got hit high and had to exit the game.

Pavelski to the locker room after this hit #SJSharks pic.twitter.com/sabOojxJ1K

Pavelski was one of four players -- which also included the hobbled Erik Karlsson and Tomas Hertl, the team's second-leading goal scorer -- who ended up in the locker room before the final whistle.

1. Jaden Schwartz, LW, St. Louis Blues. Schwartz didn't have the regular season he wanted, scoring only 11 goals, less than half of his 2017-18 total. He's compensating for it with a monster postseason. With his second postseason hat trick, Schwartz now has 12 goals in 18 games.

That makes Schwartz only the third player in NHL history to score more goals in the postseason than the regular season (minimum 10 goals regular season). The other two? Claude Lemieux in 1996-97 and Marian Gaborik in 2013-14.

2. Vladimir Tarasenko, RW, St. Louis Blues. There was some discourse early in these playoffs about Tarasenko not being engaged. He's one of the purest goal scorers in the NHL, and he has been engaged lately, all right. He became the first Blues player in team history to successfully score a penalty shot in the playoffs, and tacked on two more assists to extend his point streak to five games.

3. Jordan Binnington, G, St. Louis Blues. By stopping all 21 shots, Binnington posted his first shutout of the postseason, and seventh playoff road win. That matches Matt Murray for the second most by a rookie goalie in NHL history. Only Ron Hextall (eight in 1987) had more.

Erik Karlsson hobbling around on one leg. Karlsson was laboring just to skate, and we wonder if he should have started Game 5, or if he'll be available for Game 6 considering he couldn't finish the game.

Interesting comments from DeBoer on Karlsson. To paraphrase: You go with the information based on what the player and the medical staff tell you for the game, but in hindsight there's regret having played him.

Barbie's got some moves.

"I think the Winter Classic was probably one of those, wanting to look back, a turning point. I think that whole 'Peaky Blinders' theme really brought the guys together." -- Boston Bruins coach Bruce Cassidy, on the inspiration for the Bruins (and many, many other NHL players) to add "newsboy" caps to their Amazon carts. 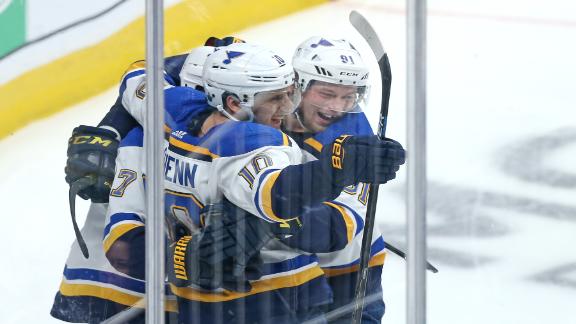