Stephen Curry to return vs. Celtics after one-game absence 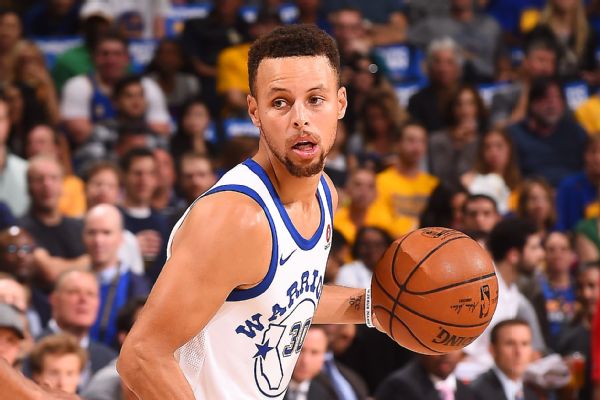 The two-time NBA MVP didn't play against Orlando on Monday after suffering the injury early in the first quarter of Saturday's home win over the Philadelphia 76ers when he took a knee to the thigh. He played through the pain but was seen limping slightly after the contest.

"He's fine ... unless he comes and tells me he's not," Kerr said before Thursday's game. "But I haven't heard anything."

The Celtics are riding a 13-game winning streak after losing their first two games of the season. The Warriors have a seven-game win streak of their own.

Boston and Golden State split their two meetings last season, but Golden State was only at full strength for one of those games. The Warriors blew out the Celtics 104-88 last November in Boston, getting a combined 67 points from Kevin Durant, Klay Thompson and Curry.The Celtics beat the Warriors on the road in March when Durant was out with a knee injury.

In 13 games this season, Curry is posting averages of 25.2 points, 4.7 rebounds and 6.7 assists, and he is shooting 39 percent from beyond the arc.