Steve Smith Sr. not ready to retire, says he'll play for Ravens in '16 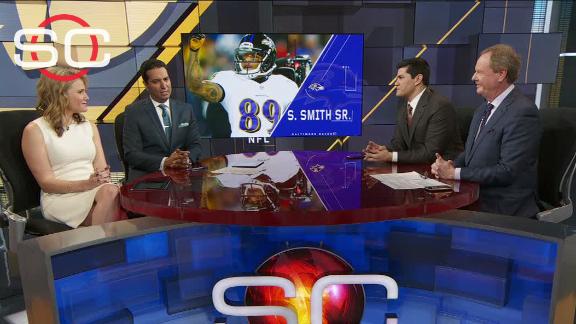 OWINGS MILLS, Md. -- Baltimore Ravens wide receiver Steve Smith Sr. took to Twitter on Wednesday to announce he has rethought his decision to retire and will be returning to play in 2016.

This doesn't come as a surprise -- the Ravens expected Smith to come back after he suffered a season-ending Achilles injury midway through the season. He currently ranks No. 11 on the NFL's all-time receiving list with 13,392 yards, and he could finish in the top five if he exceeds 1,195 yards in 2016.

Smith, 36, the oldest receiver in the NFL, announced four months ago at training camp that he would retire at the end of the 2015 season. But few believed the ultra-competitive Smith would want his final NFL moment to be him getting carried off the field with a towel draped over his head.

There was talk even before the injury that Smith might reconsider his retirement. He wasn't showing any signs of slowing down in his 15th NFL season, ranking eighth in the NFL in receiving yards (670) and 11th in receptions (46) through the first eight weeks of the season. Smith showed his toughness once again when he only missed one game after breaking his back in October.

Smith's excellent career has been defined by his fiery nature and the way he plays bigger than his 5-foot-9 frame. He and Tim Brown, who was inducted into the Hall of Fame this year, are the only players in NFL history to eclipse 13,000 receiving yards and 4,000 return yards.

Smith spent 13 seasons with the Carolina Panthers and was a five-time Pro Bowler before he was released in March 2014 in a cost-cutting move. In his two seasons with the Ravens, Smith has caught 125 passes for 1,735 yards receiving and nine touchdowns.

"He's not the type of guy to go out like that," Osemele said. "Obviously, we can't wait to have him back. I know he's going to come back in the best shape of his life and he's going to dominate because that's the type of person he is."

Osemele added: "I knew as soon as he got injured he was going to be back. That's just Steve. He didn't come here to go out like that."

Cornerback Jimmy Smith said Steve Smith had told him that he was coming back "a while ago."

"He's a great, tremendous leader for us and obviously we know what type of player he is," Jimmy Smith said. "That can only help us."

Outside linebacker Elvis Dumervil was elated by the news.

"Obviously anybody who bleeds black and purple is excited," Dumervil said. 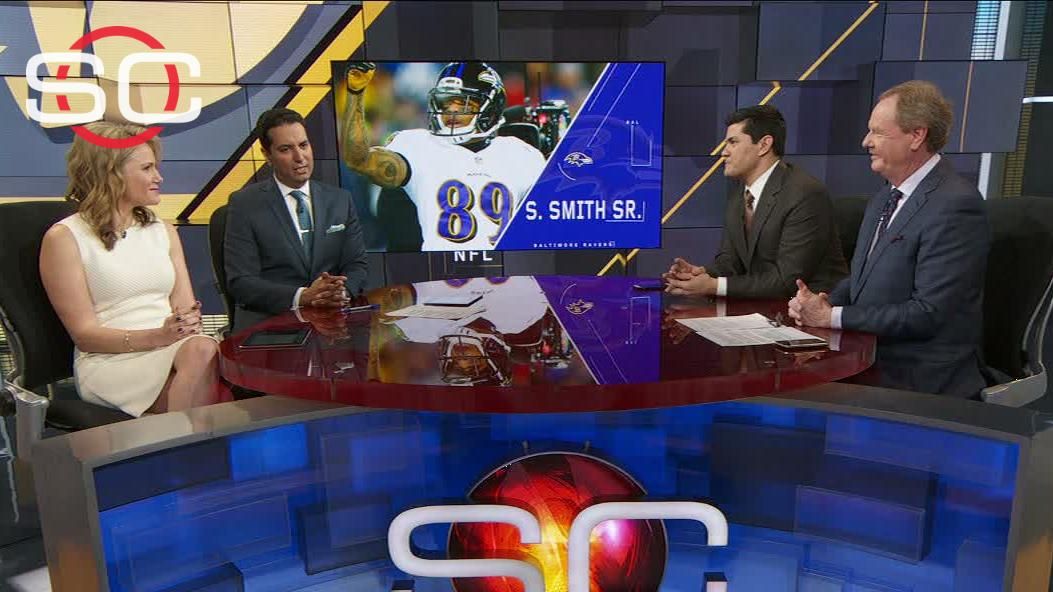 Bruschi: No surprise Steve Smith Sr. returning to NFL
Tedy Bruschi reacts to WR Steve Smith Sr.'s announcement that he will return to Baltimore to play in 2016.