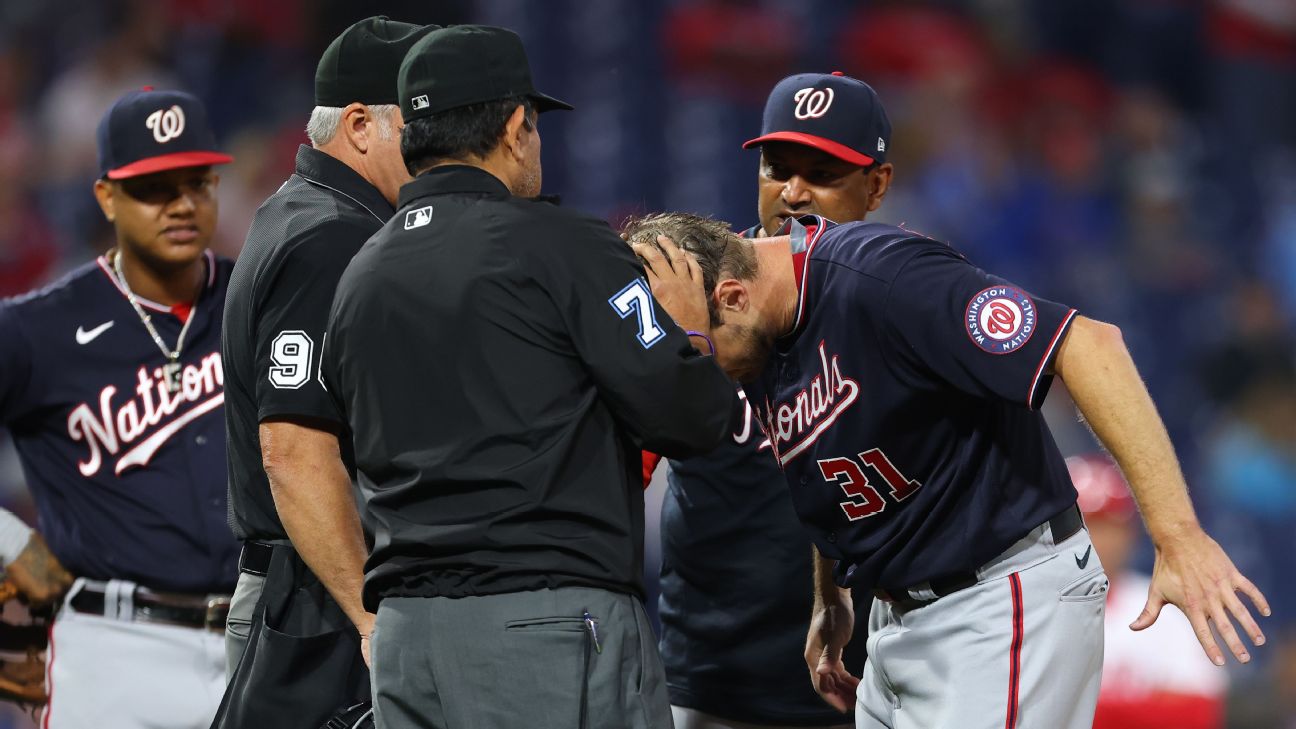 Ah, baseball. What a glorious sport.

One minute we're lamenting bad baserunning and the fact that there have been too many no-hitters in the past months, the next we're watching pitchers venture dangerously close to stripping in an indignant attempt to prove their "sticky stuff" innocence.


We knew players weren't likely to take too kindly to Major League Baseball's foreign-substance crackdown -- which states that pitchers will be ejected and suspended for using illegal foreign substances to doctor baseballs -- but I, for one, entirely underestimated the drama that was about to ensue.

I also never dared to fathom that Bryce Harper's hair would be involved. That's on me though, at this point I should have known his hair would find a way.

In case you got lost somewhere between the umpire patting down Max Scherzer's head and Philadelphia Phillies manager Joe Girardi seemingly trying to tussle with the Washington Nationals' ace, here's what has unfolded in the hours since Mad Max took the mound on Tuesday night.

Max Scherzer was back to his old tricks (read: striking out eight in five innings) upon returning to the Nats lineup on Tuesday after missing a start due to a groin injury. Apparently, Phillies manager Joe Girardi isn't so familiar with the work of the three-time Cy Young Award winner because this struck him as suspicious. To be specific, the fact that Scherzer was touching his sweaty hair gave him pause.

"It was suspicious for me," Girardi said. Because Girardi rocks what best resembles a buzzcut, I'm going to give him the benefit of the doubt that he doesn't know how difficult it can be to see when beads of hair sweat are polluting your vision. I will also assume he didn't stop to think that sweaty hair could provide a good source of moisture for gripping a baseball that might be preferable to the taste of licking rosin. But Scherzer -- who had already engaged in the baseball version of an intrusive airport pat-down as part of second-base umpire Alfonso Marquez's sticky substance checks after the first and third inning -- was in no mood to make allowances.


When Marquez approached Scherzer for a third time, per Girardi's request, he tossed his glove and hat to the ground, unbuckled his belt and appeared ready to take his pants off in what became an intensely bizarre scene."I got nothing," Scherzer repeated to the umpires, before glaring at Philadelphia's dugout, brushing his hair with his hands and yelling, "Just wet!"

What unfolded next was even more entertaining, and slightly alarming. After Scherzer sent the Phillies down in order in the fifth and stared hard toward Girardi while walking back to the Nationals dugout (as one does when they've been accused of cheating), Girardi became unglued. The Phillies manager hopped onto the field, motioning with his hands and screaming as he charged toward the Nationals' dugout. Plate umpire Tim Timmons swiftly intercepted and ejected him.

While I was originally quick to condemn the manager for taunting a player, it has since come to light that Girardi was looking to get into it with his former hitting coach Kevin Long, not Scherzer. Long, who spent substantial time with Girardi in the Bronx when they were both with the New York Yankees, could be seen shouting expletives at Girardi for having Scherzer checked again. To which Girardi responded: "C'MON K-LONG, YOU WANNA GO?" as a fired up and foreign-substance-free Scherzer held up his clean hat and glove in the dugout again.

What a time to be alive.

It wasn't as thrilling as the Scherzer saga, but on any other night what went down with Sergio Romo would have had my jaw on the floor.


Romo pitched the seventh for the Oakland Athletics against the Rangers in Texas on Tuesday night and gave up a 440-foot homer to Eli White with two outs in the inning. I won't beso presumptuous to assume that any time is a good time to be shaken down by a third base ump, but, understandably, Romo was really not in the mood after he got the final out of the inning. So when Dan Iassogna approached, the veteran righty threw his glove and hat on the ground, ripped off his belt and threw it at the umpire's feet. Next, he unbuttoned and unzipped his pants before yanking them down to his knees.

Check pitchers at your own risk.

New day, same debacle. On Wednesday, Scherzer and Ryan Zimmerman felt like being petty -- er, had some fun at their old teammate's expense. The Washington Nationals duo could be seen shouting from the Nats dugout for the umpire to check Bryce Harper's hair. Which, if we're being honest, probably has more sticky stuff in it than what any pitcher has employed this season. 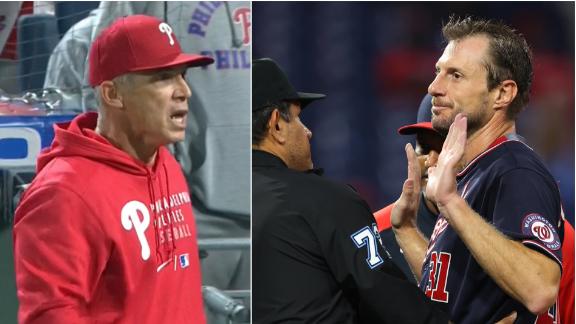 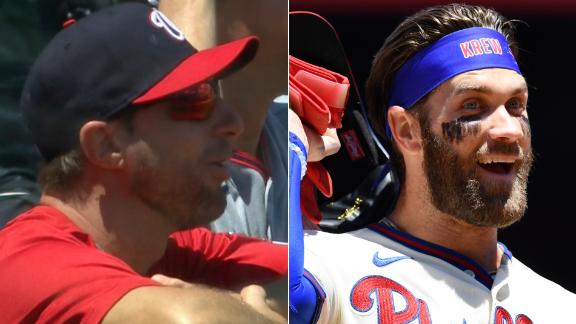