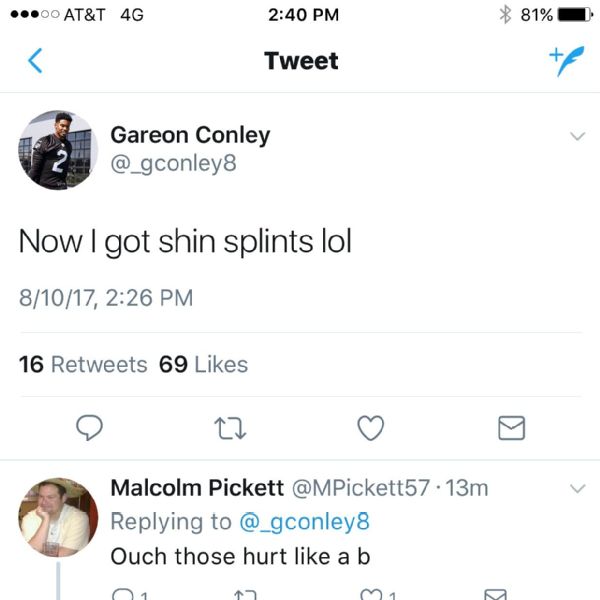 McKenzie deleted the first tweet, but it was captured via a screenshot.

He followed up the now-deleted tweet with two more tweets.

Conley, who was accused of rape the week before the draft, has yet to practice in training camp after signing his rookie contract on reporting day. A Cleveland grand jury declined charges on Conley on July 31.

McKenzie spoke to reporters after practice that day.

"He's got the shin splints, so it could be a few days," McKenzie said at the time. "I don't know the particulars, but once he starts running and not feel pain, it shouldn't take that long. But we're just going to give him some time to heal up and we'll get him out there."

Conley, though, has been on the physically unable to perform list since camp began.

Considered a steal by the Raiders when he dropped to them at No. 24, so long as his legal issues cleared up, Conley last practiced with Oakland on the first day of minicamp on June 13.