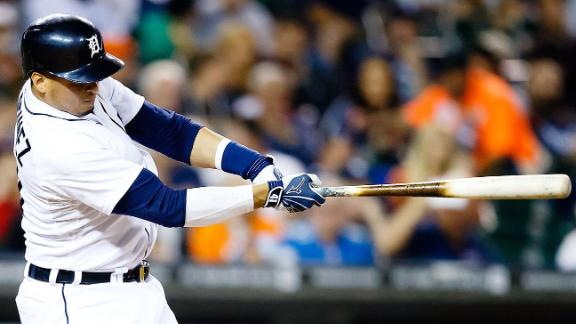 The Detroit Tigers and veteran Victor Martinez have agreed to a four-year deal, a team source told ESPN's Jim Bowden.

The deal will be worth around $70 million, sources told ESPN Deportes' Enrique Rojas, and will carry an annual average salary of $17 million, a league source told Bowden.

In three seasons with Detroit (he missed the 2012 season with a knee injury) he has hit .321 with 58 homers and 298 RBIs, getting the majority of his at-bats as a designated hitter.

The Tigers made a one-year qualifying offer of $15.3 million to Martinez for 2015, which he rejected, ensuring them draft-pick compensation if he had signed with another team.