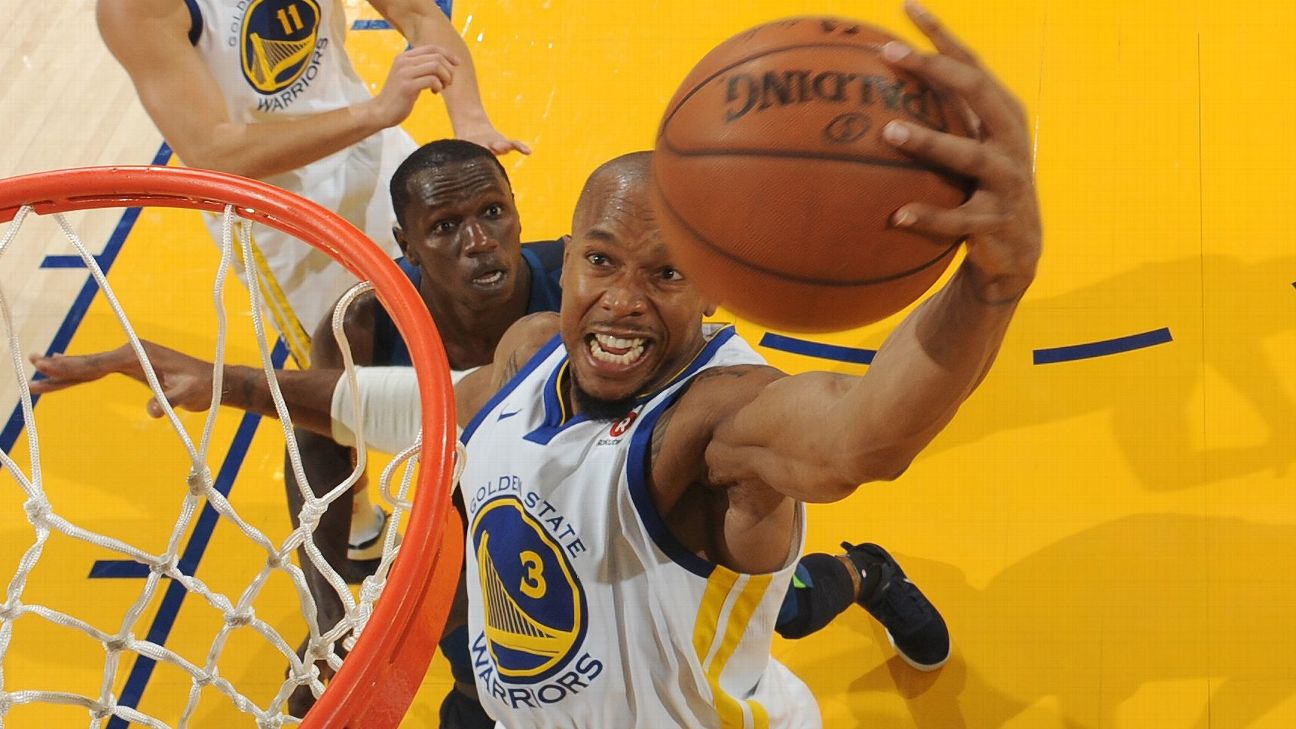 Two-time All-Star David West, who won two NBA championships with the Golden State Warriors during an NBA career that lasted 15 seasons, announced his decision to retire Thursday on social media.

West, 38, was part of the Warriors' title-winning teams the past two seasons. He also played for the New Orleans Hornets, Indiana Pacers and San Antonio Spurs during his career, averaging 13.6 points and 6.4 rebounds.

"David was a consummate professional throughout his entire career and was a huge presence in our locker room the last two years," Warriors coach Steve Kerr said Thursday. "The respect that he commanded was palpable every single day he walked in the door, and the leadership that he provided to our team was critical to our success.

"... The consistency that he displayed at a high level on the court for 15 years was amazing and a testament to his hard work and dedication. He is a true champion in every sense of the word."

The 6-foot-9 West averaged 6.8 points and 3.3 rebounds this past season for Golden State. He reached a career milestone in January when he played in his 1,000th regular-season game.

"There should be a picture in the dictionary of David under 'pro's pro,'" Warriors general manager Bob Myers said. "... We are all better for having spent the last two years with him. There is no doubt the best is ahead for him."

Earlier this season, West said he looks forward to other business ventures.

"I don't feel like this is the pinnacle of my existence," West said in January. "I've been fortunate to have a good professional basketball career, but I'll be under 40 years old when this is all said and done with, and I hopefully got another 40-plus years of life left. That's another opportunity to ascend to another realm and be great at something else. That's sort of how I look at life.