The return of Durant, the winner of the past two Finals MVP awards, ensures that the Hamptons Five -- which includes Stephen Curry, Draymond Green, Klay Thompson and Andre Iguodala-- will be in Warriors uniforms for at least one more season.

Golden State has won three championships in four years and is well-equipped to secure more.

To enter free agency, the 7-foot small forward declined his 2018-19 player option worth $26.2 million. It was the last year of a two-year pact in which he took approximately $10 million less than his maximum salary in 2017 in order for the team to re-sign Iguodala and Shaun Livingston. 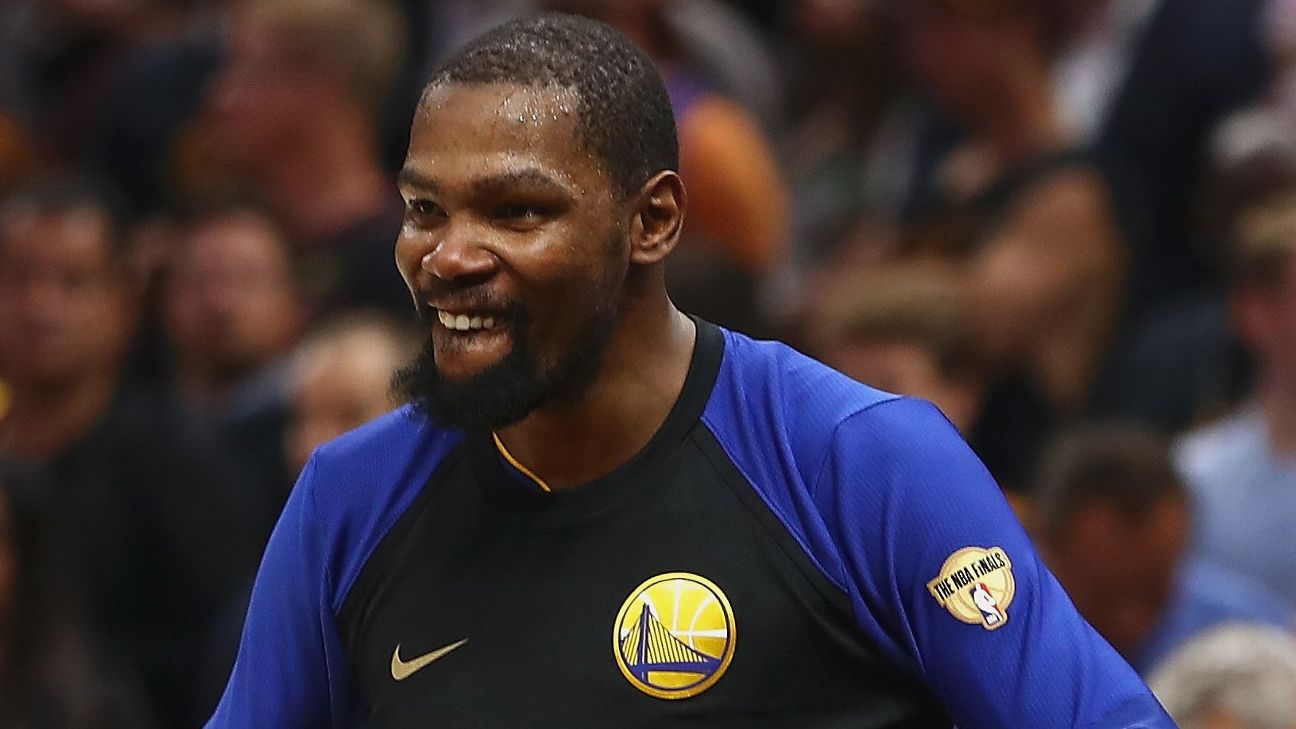 Dunks, game winners and a TD pass: Our favorite play of the season for all 30 teams
Stephen Curry talks future of NBA, 'Holey Moley' show and more