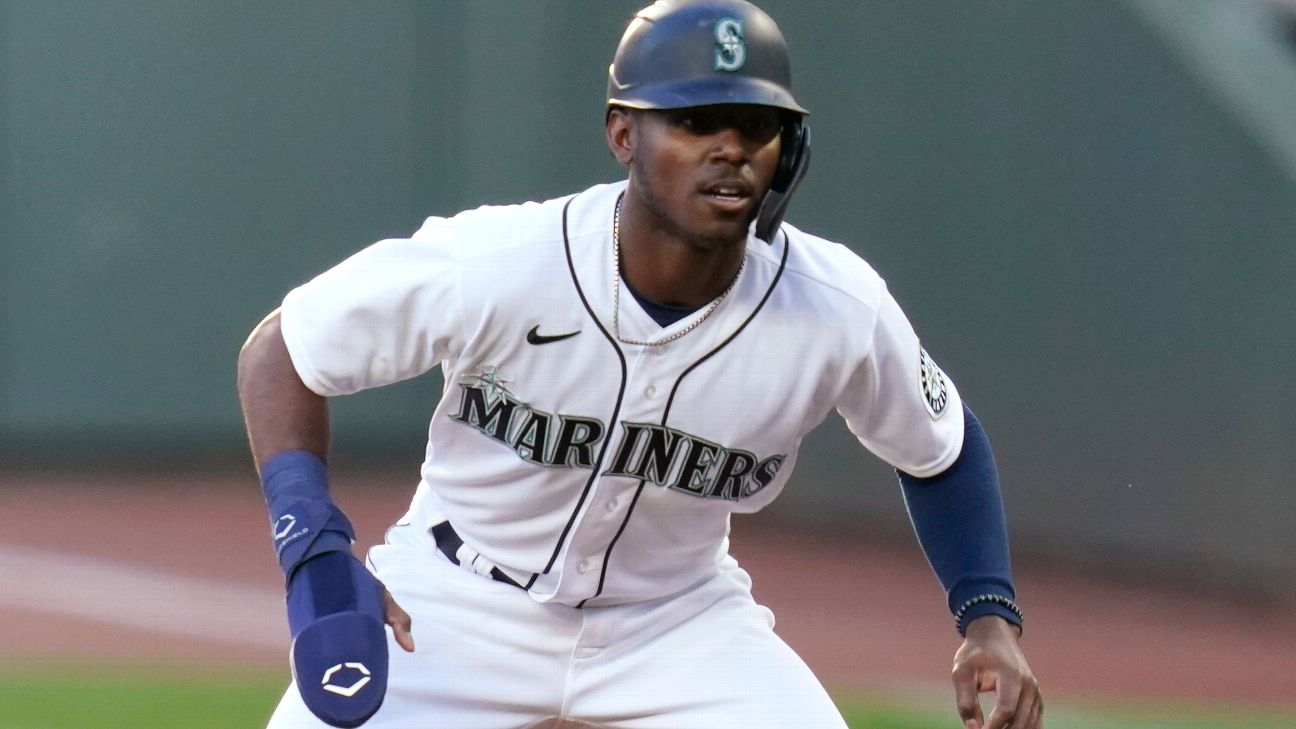 SEATTLE -- The Seattle Mariners placed outfielder Kyle Lewis on the 10-day injured list Tuesday with a torn meniscus in his right knee.

Manager Scott Servais termed it a "small tear" in his pregame media availability, but it's troublesome nonetheless. This is the second time this season the Mariners have placed last year's American League Rookie of the Year on the injured list.


Lewis appeared to get injured while trying to run down a fly ball from Sean Murphy in the eighth inning of the Mariners' victory Monday over Oakland. Lewis made a leaping attempt on the deep drive and left the game before the start of the ninth inning.

Lewis started the season on IL after suffering a deep bone bruise in his knee late in spring training. He missed the first three weeks of the regular season before debuting April 20. After a slow start, Lewis had come on of late, hitting .303 with two doubles and two home runs over the past nine games.

Seattle recalled outfielder Taylor Trammell from Triple-A Tacoma to take Lewis' spot. Trammell hit .157 in 27 games with the Mariners this season, but he was batting .384 with six home runs and 19 RBIs in 17 games since going down to Triple-A.


The Mariners will continue a home series vs. the first-place Oakland Athletics on Tuesday, entering play at 28-27, 2.5 games behind the top spot.

Seattle activated left-hander Marco Gonzales from the injured list to start against the Athletics. Gonzales has been out since late April with a strained forearm. The Mariners optioned right-hander Robert Duggar to Tacoma.