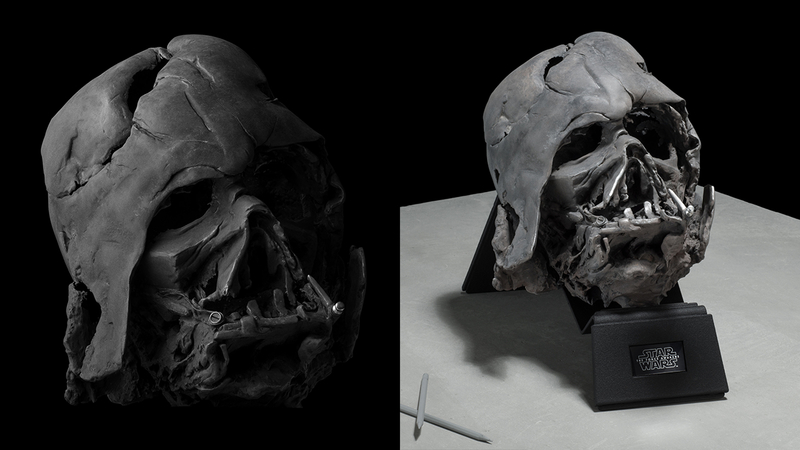 Disney and Lucasfilm have launched a new line of prop replicas, made by the prop makers, themselves.

"It's the first time that I've seen where the consumer can actually access props by the props company that worked on the film, itself," said Jet Cooper, Digital Art Director of Propshop. "It's a very unique feature."

The initial offering from the Star Wars Collectibles line features eight prop replicas from Star Wars: The Force Awakens including Darth Vader's melted helmet, Rey and Kylo Ren's lightsaber hilts, Finn's Stormtrooper helmet and more. Each replica item is a limited production piece due to the high level of craftsmanship required to create them. The Darth Vader and Finn helmets are even more limited, with only 500 being made.

The Disney YouTube channel released a behind-the-scenes look at Darth Vader's melted helmet being created by Propshop, and will be adding more video reveals each month for the new Star Wars Collectibles.