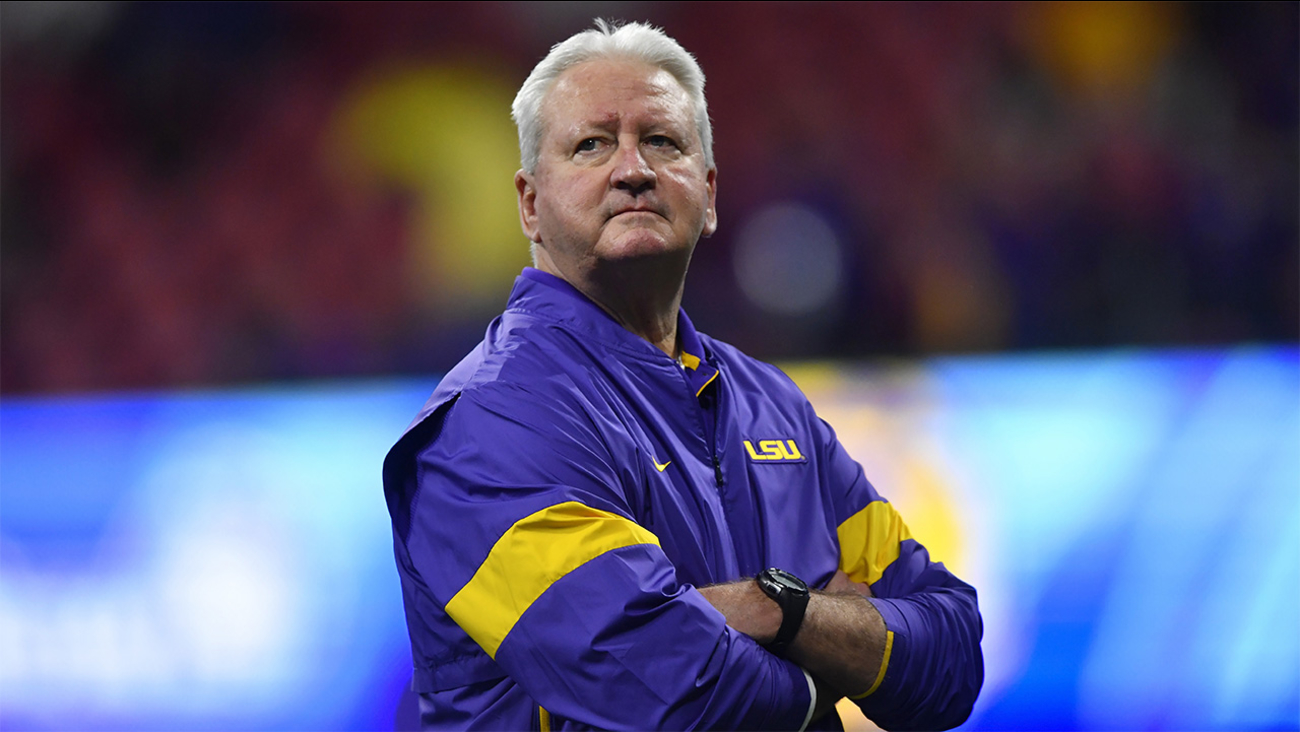 ATLANTA -- Steve Ensminger wiped tears from his eyes after first walking onto the football field at Mercedes-Benz Stadium for LSU's pregame warmups.

The Tigers assistant was still fighting his emotions when he quickly left the field after the top-ranked team in the country earned a spot in the national championship game.

It was a flawless performance by LSU for those watching. What fans and the national TV audience didn't see was how LSU's offensive coordinator managed to persevere through the unthinkable sorrow of losing his daughter-in-law earlier in the day in a deadly plane crash. Ensminger was able to compose himself and call the game of his life amid the personal tragedy.

LSU passing game coordinator Joe Brady witnessed Ensminger's struggles firsthand, sitting alongside him in their usual perch above the field in the coaches' booth during the game.

"It definitely got emotional before the game," said Brady, who is also the Tiger's wide receivers coach. "I can't think of what he was able to do today with the circumstances."

"It speaks to the type of man he is."

Carley McCord, Ensminger's daughter-in-law, was one of five passengers killed in a plane crash at the Lafayette (Louisiana) Regional Airport early Saturday. The plane was bound for Atlanta, and McCord planned to cheer for the Tigers in the Peach Bowl.

But Ensminger - who did not speak to the media before or after the game - still helped the Tigers crush No. 4 Oklahoma 63-28 on Saturday in the Peach Bowl playoff semifinal. LSU players didn't learn of the tragedy until after the game. But anyone who had seen the news could identify with the pain on Ensminger's face when he first walked onto the field.

Before LSU heads to the Jan. 13 national championship game in New Orleans, Ensminger is going home to seek comfort from family and friends.

LSU quarterback Joe Burrow called Ensminger "a football guy" and said "The best thing for him is to be around this football team."

Ensminger, 61, said earlier this week this LSU offense is the one he has waited 38 years to coach. His career masterpiece was never more impressive than on Saturday, when a spot in the national championship game was on the line.

"For coach E to come out and call the plays that he called, it goes to show you he was able to focus in and obviously someone was watching over him," said running back Clyde Edwards-Helaire.

Wide receiver Ja'Marr Chase said Ensminger will have support from the team.

"I felt sorry for him and what he is going through," Chase said. "I hope he knows we all in this locker room are with him the whole way. I just pray for him."

"Carley was such a great person, such a vibrant person and obviously our heartfelt sympathy goes out to her family," said Pelicans coach Alvin Gentry. "It's just a really, really tough loss to take. She was just such an intricate part of everything that went on around here. It's such a great tragedy, but we want her family to know that they are in our thoughts and prayers."

LSU coach Ed Orgeron shielded his players from the news of the plane crash until after the game, but he couldn't protect himself from the hurt.