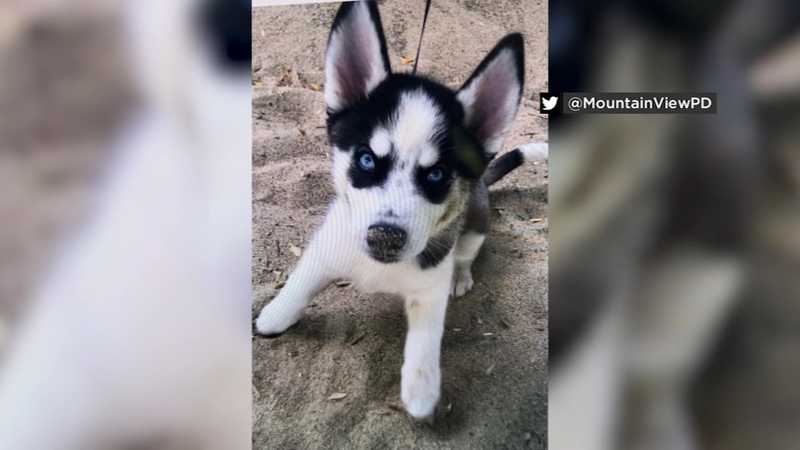 MOUNTAIN VIEW, Calif. (KGO) -- Police in Mountain View are asking for the public's help in their search for a 2-month-old Husky that was taken from his home Monday night.

The dog, named Rambo, was taken from a home on the 300 block of Escuela Avenue.

A spokesperson for the police department told ABC7 the dog was running outside the home around 8:15 p.m. when a suspect allegedly took the dog.

Police say the suspect may have been driving a blue and gray Nissan sedan, according to witnesses.

MISSING: Have you seen Rambo?

The 2-month-old Husky was taken Monday night from his home on the 300 block of Escuela Ave.

"So we're just asking for the community's help to try and find this puppy and bring it home to their owners, one of whom is a little boy and so we're certainly concerned he's missing his companion right now," said Katie Nelson, a police spokesperson.

This is the first case in a "while" where a dog has been stolen in Mountain View, Nelson said.

"I can't imagine what that little boy is feeling like right now," she said. "We just want to get this puppy home to his family."