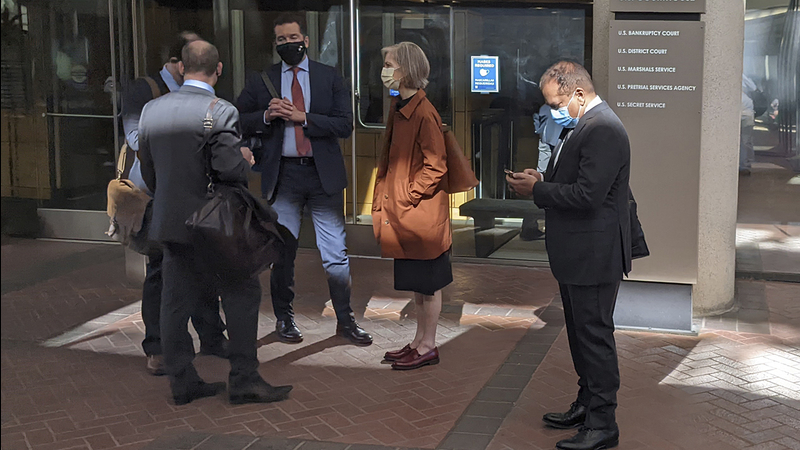 He is Elizabeth Holmes' former boyfriend and business partner at the Silicon Valley blood testing startup.

A juror was exposed to someone who was exposed to COVID. That juror tested negative, but the judge says out of an abundance of caution there will be no court today.

Sunny Balwani faces 12 counts of wire fraud and conspiracy to commit wire fraud. He has pleaded not guilty.

Prosecutors say he knowingly misrepresented the company's blood-testing capabilities to investors, patients, and doctors in order to make a profit.

He and Elizabeth Holmes were originally set to be tried together. But their trials were separated after Holmes accused him of psychological and sexual abuse.

He has denied those claims.

Former Theranos CEO Elizabeth Holmes was convicted on 4 of 8 counts in her criminal fraud trial.

"If you think about what her story was, her story was it was all him. 'He's the one who manipulated me. I was the victim, I was naive.' That's a different kind of narrative than for him. he was much more experienced, he was older, those are factors that would weigh against him testifying in this case," said Abrams.

Elizabeth Holmes is not expected to testify.

She will be sentenced after Balwani's trial is complete. That will be sometime in September.

Holmes faces up to 20 years in prison for each of the four counts she was found guilty on.

Lawyers believe she will not face that long of a sentence.