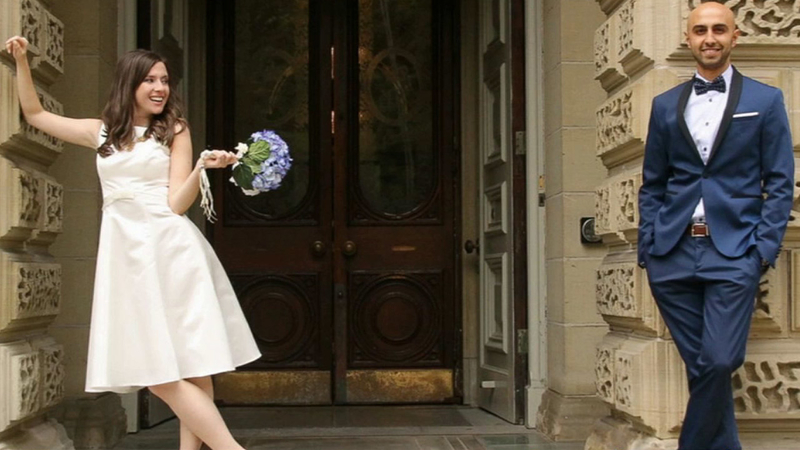 LOS ANGELES -- A Canadian couple canceled their wedding and used that money to sponsor a Syrian refugee family.

Samantha Jackson and Farzin Yousefian originally planned a traditional wedding for March 2016, complete with a gorgeous venue, caterer and other vendors. It would have cost them tens of thousands of dollars.

But instead, the couple chose to cancel those plans after realizing the money could be used for a cause close to their hearts.

They are now using the money to sponsor a Syrian family of four who will all be relocated to Canada.

Jackson and Yousefian got married last month in a small wedding at city hall. They had a causal dinner with friends and a small reception at a bar in Toronto.