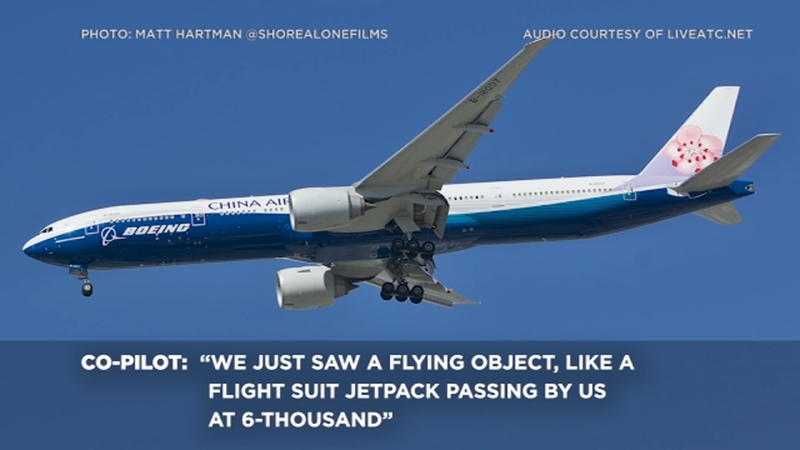 LOS ANGELES -- There was another reported sighting of a person in a jet pack over the skies of Los Angeles.

The FAA says a China Airlines crew flying from Taipei reported someone in a jet pack just before 2 p.m.

LAX radio traffic gives a better idea of how this played out:

"215 heavy there was a jetpack reported about 13 miles ahead."

The airline crew says the person in the jet pack was over the Century City area at about 6,000 feet.

Law enforcement is now investigating. The FBI is aware of the incident.

In late August, two commercial airline pilots reported seeing someone in a jet pack near planes around LAX.

That person was never located.

Aviation experts tell ABC News it's extremely dangerous to invade an airplane space, not only for the person on the jet pack, but for those on the plane as it could bring an airliner down.

The FBI has launched an investigation after two commercial airline pilots reported seeing someone flying a jetpack close to their aircrafts near LAX.