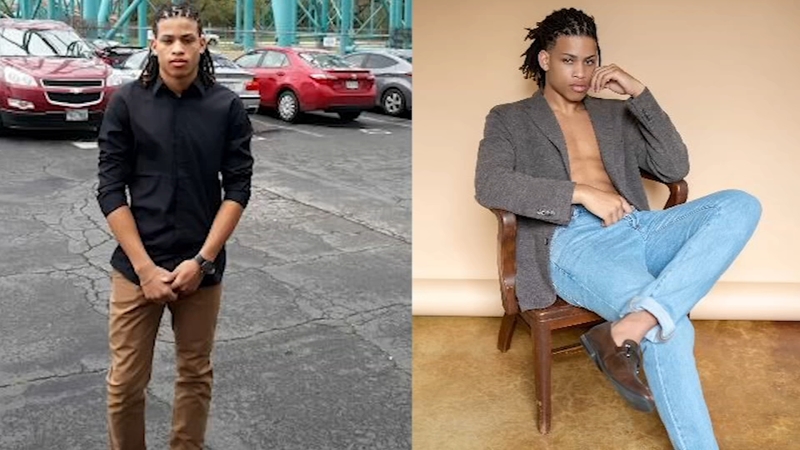 FORT WORTH, Texas -- A 17-year-old was denied a summer job at Six Flags Over Texas because of his hair.

Kerion Washington of Fort Worth, Texas, showed up to his job interview at Six Flags in March but was denied the job because of his dreadlocks.

"I went to fill out the paperwork for the job, and then I was taken into a group interview," Kerion said. "After the interview, they pulled me to the side and told me that dreads were not allowed."

Kerion's mom, Karis Washington, said that she spoke to the HR supervisor, and they gave her son the opportunity to come back when he didn't have dreads or an "extreme hairstyle."

"They gave me a card and told me to come back when I made the decision to cut my hair," Kerion said.

Karis told ABC13 Eyewitness News that she read over the grooming policy, which reportedly did not state that dreads were not allowed.

"I was shocked because it was my first time ever hearing that. I know I've seen people with dreads working at Six Flags before," Karis said.

Karis posted about the incident on her social media accounts, which instantly went viral.

"My main reason for posting was to tell my son's experience with his first job interview," Karis said. "It just took off from there."

Soon after, the post caught the attention of Corrie Caster, head of development and scout for IMG Models LA and IMG Worldwide.

Caster then referred Kerion and Karis to Jones Model Management, a development and placement modeling agency in Austin.

The teen, who's a junior in high school, says after graduation he plans to continue his modeling career or become a professional athlete.

"If this modeling career takes me super far, I'm going to stick with modeling," Kerion said.

Kerion and his mom were also flown to New York to share his story on the "Strahan and Sara" show.

"It all happened so fast," Karis said." They called us about 12 p.m. on Thursday and we were on a plane that night headed to New York."

The family says even after all of the publicity, Six Flags Texas has not reached out to them about the issue.