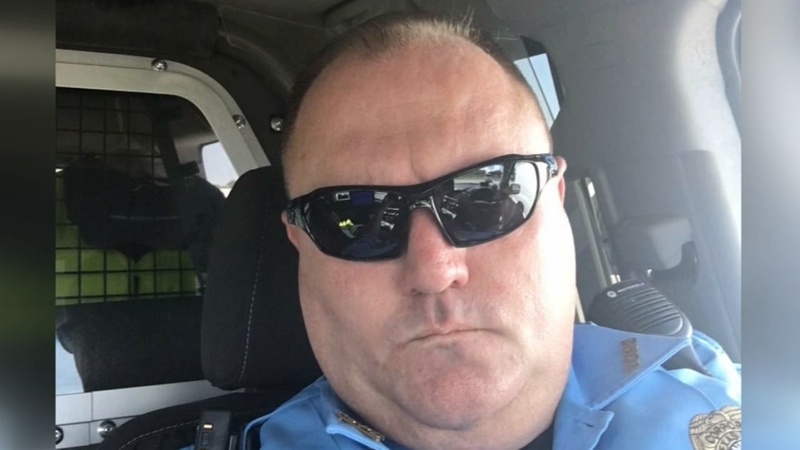 TEXAS CITY, Texas -- A former Texas City police officer is accused of taking money from Jim Mabe while he was suffering from a heart attack in his car.

Former officer Linnard Crouch, Jr. resigned from the force earlier this year. However, no criminal charges have yet been filed. Frustrated, the Mabe's family is suing the city and the officer.

"There's more than enough anger to go around, to be honest with you," said son Michael Mabe. "I'm disappointed in a lot of people."

The allegations date back to Dec. 19, 2016. The elder Mabe had just left his son's office with $2,400 in cash to buy Christmas presents from the entire family. He had apparently only driven a short distance in Texas City when he suffered a heart attack.

The family says Officer Crouch was the first responding officer. They allege that the officer, instead of focusing on saving Mabe's life, first took the $2,400 cash. The family says according to a Texas City Police memo, the incident was captured on the officer's body camera.

"At a time when seconds could mean life or death, as my husband clung to life, a police officer who is charged by law to protect and serve robbed my husband when he needed help the most," said Mabe's widow Linda.

She read from a prepared statement this afternoon at her lawyer's officer with tears streaming down her face.

In her lawsuit against the officer and Texas City, the widow's complaint states: "After opening James' locked truck door, Officer Crouch then reached into James' right front pocket and removed James' $2,400 in Christmas present money and other money. Crouch never reported the $2,400 and other money instead gave back less than $300."

Texas City Police released a statement confirming that Officer Crouch resigned from his position earlier this year. The department also said Crouch is facing criminal charges, though so far, no charges have been filed by the Galveston County District Attorney's Office.

Among the many documents in the lawsuit, the Mabe family produced a Texas City Police memo dated Jan. 17, 2017. In the memo, Assistant Police Chief Joe Stanton wrote the following:

Documents in the lawsuit also show Crouch having been disciplined in the past for repeatedly not completing paperwork and not turning on his body camera during calls. The Texas City Police Department has not disputed any of the documents.

The Galveston County District Attorney's Office confirms a criminal investigation is ongoing, but has not presented the case to a Grand Jury. That's not likely to happen until the end of the summer.

"Six months ago, there was a video of an officer stealing money, there were witnesses, yet there was no arrest," said Mabe family attorney Randall Kallinen. He says the lack of criminal charges against Crouch is the main reason the family filed a federal civil lawsuit. However, they also want the Texas City Police Department to improve its practices so no other families are affected.

The Mabe family says it is also concerned that to the best of their knowledge, neither Texas City Police nor the DA's office have notified other defense attorneys whose cases could be affected by Crouch's alleged actions. The family says it doesn't know how many active cases Crouch may be involved in.

Eyewitness News could not locate Crouch today. However, we were able to find his ex-wife, Stephanie. The couple divorced in 2016.

"I'd rather not discuss it," said Stephanie.

"I'd rather not say," Stephanie replied.