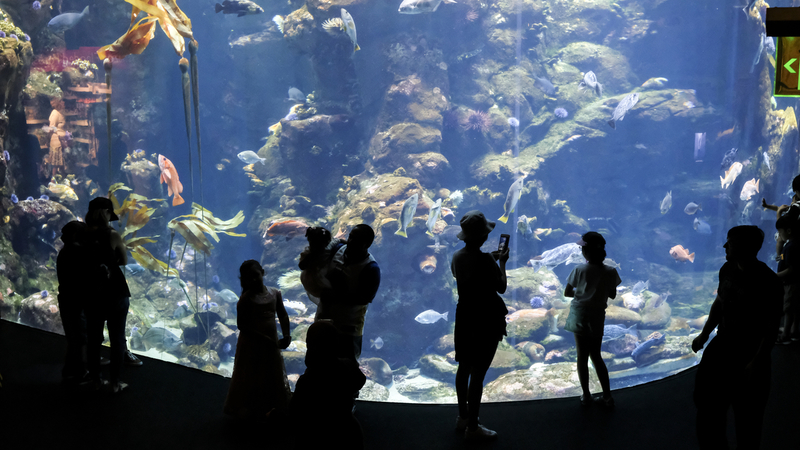 The rules-- signed into law by President Nixon in 1973-- have helped save bald eagles, grizzly bears and dozens of other animals and plants.

At the California Academy of Sciences, a vault is filled with row upon row of biological diversity.

"It's our library of nature," said Dr. Peter Roopnarine.

So, when the Trump Administration announced changes to streamline the Endangered Species Act, he had stronger feelings about the implications than the average American.

The plan would make it more difficult to place species under protection, and easier to remove them.

"I think it is atrocious, short-sighted, exploitive, and the language is misleading."

Dr. Roopnerine is not alone. California Attorney General Javier Becerra said Monday, "By rolling back the Endangered Species Act the Trump Administration would be putting a nail in our coffin. All for the sake of boosting the profits of those putting these species at risk in the first place."

Scientists regard the move as short-sighted.

"There are hundreds of thousands of species knitted together in a natural economy and if you take things out, they begin to crumble," said Dr. Roopnarine.

We asked for an example. Dr. Roopnarine pulled out a drawer filled with the shells of freshwater clams. In North America, they're 20 percent extinct now, because, in the 19th century, we used those shells to make buttons, but at a cost.

"We lose clean water because that is how they feed-- by filtering the water. We have similar species on the bottom of San Francisco Bay. They filter all the water in that bay every 10 days."

Bart Shepherd also studies at the Academy. "It matters because we couldn't understand how they are all linked together in the material world."

"What, in your opinion, is the administration not getting?" we asked.

"That humans are part of the natural world and tied to all of these things. Pull pieces and you risk the crumbling of all of them, like a house of cards."

As visitors enter the California Academy of Sciences, they're greeted by a Tyrannosaurus Rex which went extinct millions of years ago. Blame that mass extinction on an asteroid.