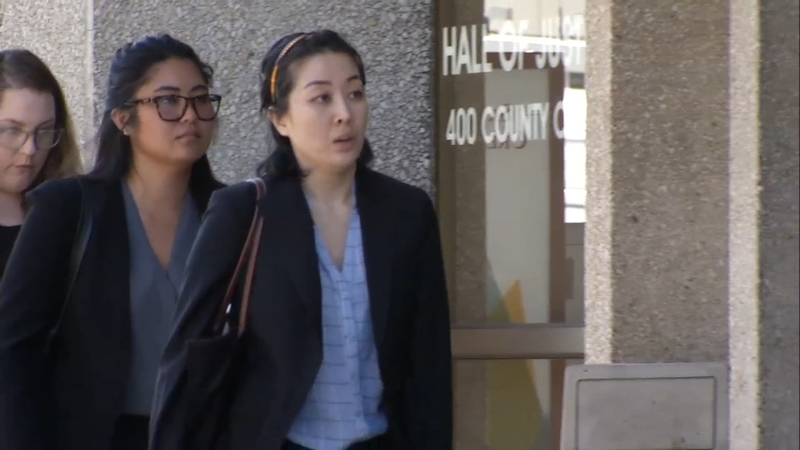 HILLSBOROUGH, Calif. (KGO) -- A San Mateo County judge is refusing to seal a settlement amount being paid out by Hillsborough heiress Tiffany Li to settle a wrongful death case that was brought against her.

In 2019, a jury found Li not guilty of killing Keith Green, the father of her two children. The jury deadlocked on a verdict for Li's boyfriend Kaveh Bayat. He was released from jail after the San Mateo County District Attorney's Office decided not to retry him.

Li was sued for wrongful death by Green's mother, Colleen Cudd. Li agreed to settle out of court. But lawyers on both sides asked the judge to keep the amount going to the children sealed for their own protection.

In a decision issued on Friday, Judge Danny Chou wrote that case law does not support keeping the settlement secret. The judge also doubted the claims by both sides that disclosing the settlement would put the children in greater jeopardy. Chou said those arguments were "belied" in Li's own declaration, in which she wrote that it was widely reported that she is from a "family of financial means, to which the minor plaintiffs directly benefit."

As previously reported, Li said she has been a victim of anti-Asian hate and xenophobia. Chou addressed that in the hearing on Thursday and in his written decision on Friday.

"The Court also has no doubt that Li has been 'the target of Asian Hate and xenophobia' and wholeheartedly agrees that this Asian hate and xenophobia is wrong and should be stopped," the judge wrote.

As ABC7 News previously reported, Cudd will receive $100,000 from Li in the settlement with an additional $50,000 going to Green's estate which is compensation for burial and other expenses. But the expected much larger amount among going to Green and Li's two daughters was not disclosed.

Li has full custody of her two children and is living in China. The settlement amount going to her children would be handled by a neutral trustee who has the approval of both sides.

Follow for the latest on the Keith Green case.