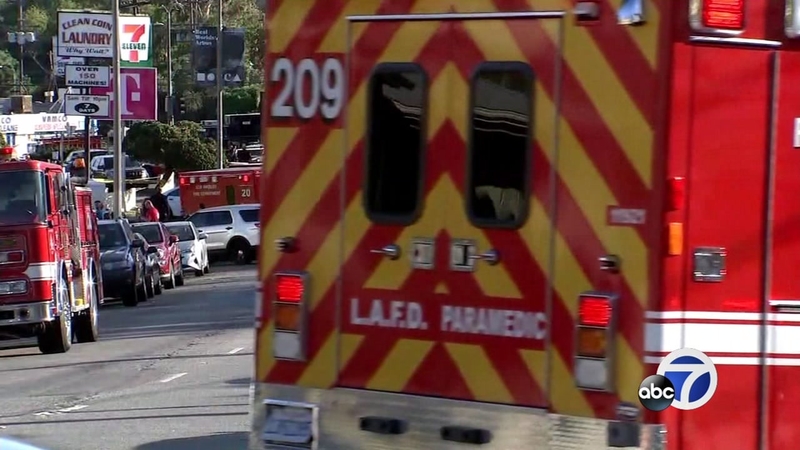 SILVER LAKE, LOS ANGELES -- A woman is confirmed dead following a barricade situation involving a shooting and chase suspect who held hostages inside a Trader Joe's in Silver Lake on Saturday.

The suspect is in custody after surrendering to police in the hours-long barricade.

Los Angeles police said the incident started with a family dispute in the 1600 block of 32nd Street in South Los Angeles, where the suspect shot his grandmother and another female victim, police said.

The suspect, who's in his late teens, then fled in his grandmother's 2015 Toyota Camry, taking the wounded female victim with him.

A pursuit then ensued until the suspect crashed, and an officer-involved shooting occurred.

There is an active police incident at the Trader Joe’s near the intersection of Hyperion Ave and Griffith Park Blvd in #Silverlake. Please stay clear of the area. A Public Information Officer is responding and more information will be released as it becomes available.

Police said the suspect fled the vehicle and ran into the Trader Joe's, located in the 2700 block of Hyperion Avenue.

Many hostages were spotted walking out unharmed and with their hands up.

Several SWAT officers and an armored vehicle are surrounding the building.

Los Angeles Fire Department officials confirmed another 20-year-old woman was transported in fair condition. It's unclear what type of injuries she sustained.

A family reunification location for family members affected by the barricade situation is at LAPD Northeast Station, located at 3353 N. San Fernando Road. You can also call 323-561-3211.