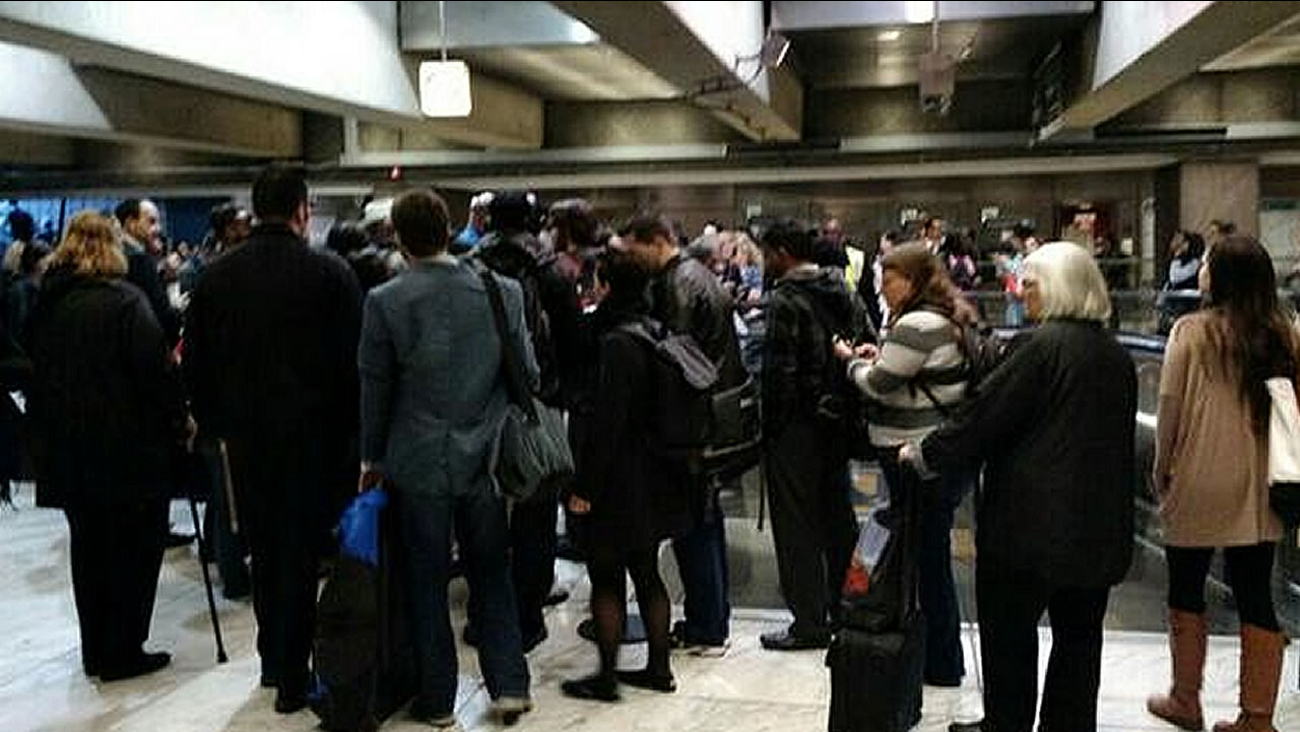 A line of people wait by the escalator to help ease platform overcrowding at the Embarcadero BART station on June 2, 2015. (Photo submitted to KGO-TV by @joshisagoodman/Twitter)

SAN FRANCISCO (KGO) -- There is a large crowd of people at the Embarcadero BART station in San Francisco due to an earlier systemwide delay.

BART had a major delay on the Daly City line in the East Bay direction due to an equipment problem. That caused a larger than normal crowd to gather at the Embarcadero station as the BART system was dealing with residual delays.

People had to line up at the top of the escalators because the platforms were full.

People are also on the transit systems going to the San Francisco Giants game at AT&T Park which starts at 7:15 p.m.

BART recovering: 10 to 15 min delay between 24TH and 16TH on DALY line in East Bay dir due to equip prob.