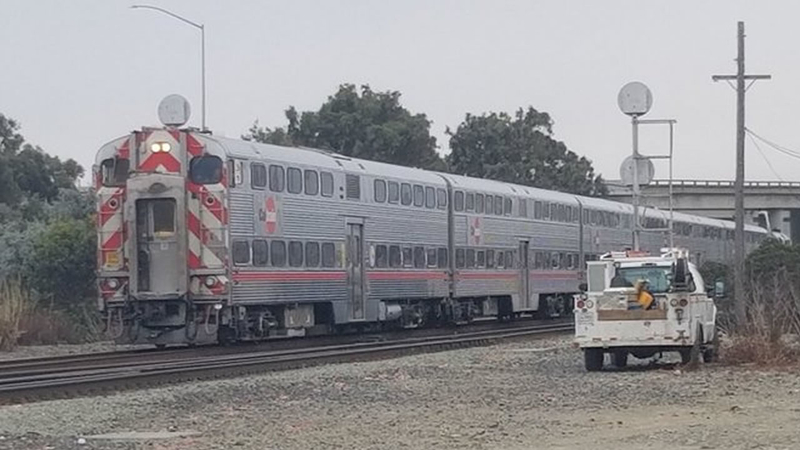 SAN FRANCISCO -- A Caltrain struck and killed a person on the tracks in San Francisco on Thursday morning.

Northbound train No. 103, heading from San Jose to San Francisco, struck the person at 6:32 a.m. between Tunnels 2 and 3 near the 22nd Street station, according to the transit agency.

No injuries were reported among the roughly 75 people aboard the train at the time, and the person struck was trespassing on the tracks, Caltrain officials said.

Authorities are working to determine whether the death was intentional or accidental. The name of the person killed has not been released.

Here’s a look at the train involved. One person was hit and killed this morning.

#BREAKING a person was hit by a @Caltrain train near the 22nd Street station and killed. Commuters can expect severe delays this morning. pic.twitter.com/YX2NwvqStt