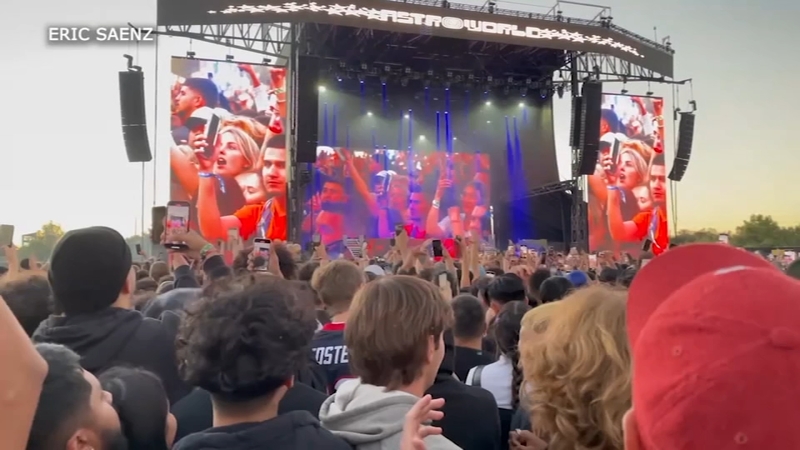 Sources said Scott went to a private party at Houston's Dave & Buster's location, which was part of an event scheduled with his friend and fellow artist Drake.

According to sources, Scott was unaware there were fatalities and injuries at his concert. As soon as he was made aware of the fatalities, he left the party. The exact timing of Scott leaving was unclear, but KTRK was told it was sometime early Saturday morning.

REST IN PEACE. All 10 victims who died in the chaos have been identified. Among them was a man who was crushed while trying to save his fiancée.

Meanwhile, Scott's store in Houston's Rice Village shopping district remains shuttered. Fans who walked by the store Tuesday hoping for a peek inside were turned away by a lone security guard.

Scott has continued to lay low except for an Instagram message a day following the tragedy. His team has not commented on the record.

'We got to get out of here.' Ayden Cruz is one of the people seen trying to stop the Astroworld show. He describes the harrowing things he saw.