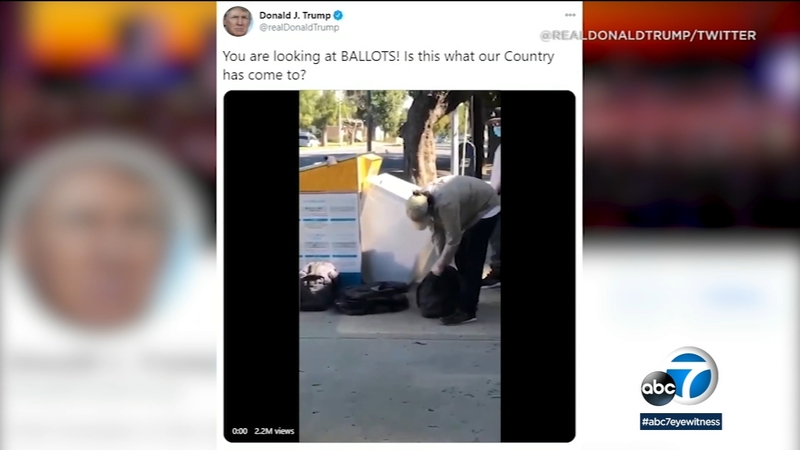 The tweet shows video of county workers collecting ballots the day after the election.

Trump wrote: "You are looking at BALLOTS! Is this what our Country has come to?"

This appears to be part of Trump's tactics to get people to doubt the validity of the election.

But ABC7 had already debunked the claim, checking the video after it was first posted.

The Los Angeles County Registrar's Office confirmed last week - and explained again to the public today - that ballot drop boxes are closed and locked at 8 p.m. on election night and then collected the following day. Those are valid ballots processed and counted during the post-election canvass.

Trump is continuing to blame voter fraud for his projected loss of the election without any evidence.