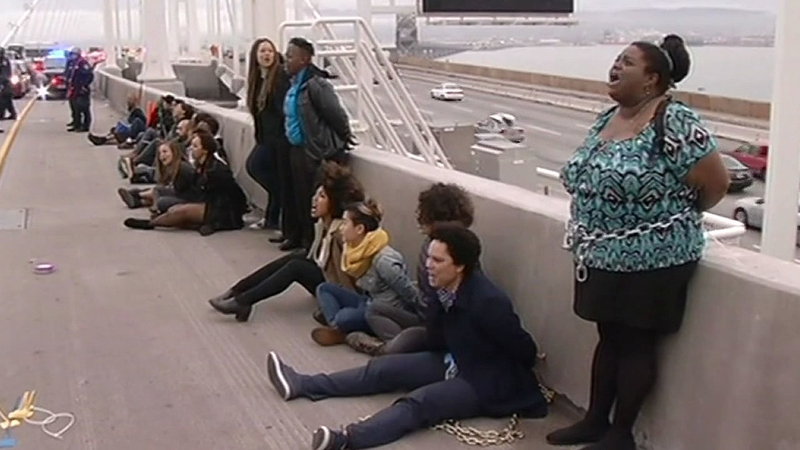 SAN FRANCISCO (KGO) -- Twenty-five protesters were arrested for blocking all westbound lanes of the Bay Bridge on Monday afternoon.