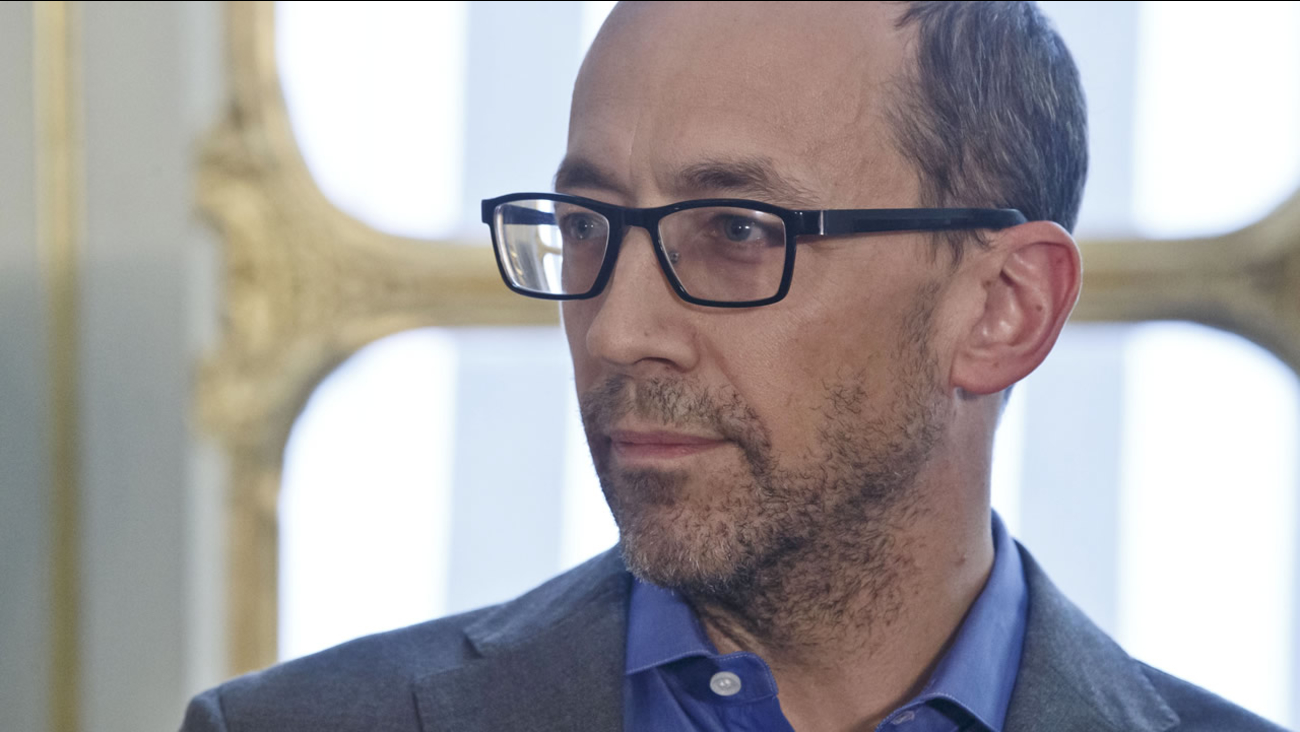 CEO of Twitter Dick Costolo listens to the speech of France's Culture Minister Fleur Pellerin during a press conference at the culture ministry in Paris, March 5, 2015. (AP Photo/Michel Euler)

SAN FRANCISCO -- Dick Costolo will step down as CEO of Twitter after almost five years. It did not disclose a reason for his departure.

Our CEO, @dickc, will step down as CEO, and we’ll welcome @jack as Interim CEO on July 1 #TWTRannouncement: http://t.co/q8Ygg91jzc

Twitter Inc. announced the move in a press release Thursday and Costolo also tweeted the news through his own account.

The San Francisco company says co-founder and Chairman Jack Dorsey, 38, will be its interim CEO while it looks for a replacement.

Costolo, 51, will stay on Twitter's board of directors. He has been a director since September 2009 and became CEO in October 2010.

Thank you for everything @dickc! You're a selfless leader who's built an amazing team and company #proud https://t.co/52z4TIYIUh