One of San Francisco's oldest cab companies is rebranding itself in an effort that that may help save a struggling industry.

SAN FRANCISCO (KGO) -- In the next few weeks, you might start seeing a new brand of taxicabs driving around San Francisco. But if you look closely, you'll notice they belong to one of the city's oldest cab companies, whose new name might help save a struggling industry.

In a gated lot tucked under a San Francisco freeway, cab drivers are washing and filling the tanks on a fleet of blue and white taxis. This is the city's 82-year-old DeSoto Cab Company. But not for long.

FlyWheel is the mobile app that launched two years ago, as taxis were reeling from competition by Uber and Lyft. It lets you call a taxi the same way you'd call one of the new ride services.

"I think the taxi industry has to go through a branding change, where the public can feel like the taxicab is gonna give them as good or superior service, with the same type of technology," Kim said.

So, complete with Apple App Store and Google Play stickers, DeSoto is leaving its old name and colors behind for a shiny new image that's aimed at the future.

Within about two months, every cab on the lot will be repainted, re-stickered and sent back out on the road. It'll serve as a bold reminder that in addition to hailing a cab on the street with the wave of your hand, you can also hail one with a few taps on your phone.

"A lot of people do not know that you can hail taxis using an app," said FlyWheel Chief Technology Officer Percy Rajani. "They think you can only street hail or call the dispatch."

The startup that makes the FlyWheel app learned that from its market research. And decided it needed to partner with a cab company.

"It's 250 billboards, moving billboards in the city of San Francisco," Rajani said.

They want to keep up the momentum, after getting thousands of new users in a promotion on New Year's Eve. While Lyft and Uber invoked surge pricing, FlyWheel offered a discount.

"It was a great night for us, and we took surge pricing off the street," said Rajani.

Flywheel's now installed in almost every cab in the city, not just the new red ones.

And you can expect to see bigger, brighter FlyWheel logos on the other fleets too. Fleets that few years ago, DeSoto would've considered competition. But now, they're changing their tune.

"Now we're starting to realize, we have to work together to survive," Kim said. 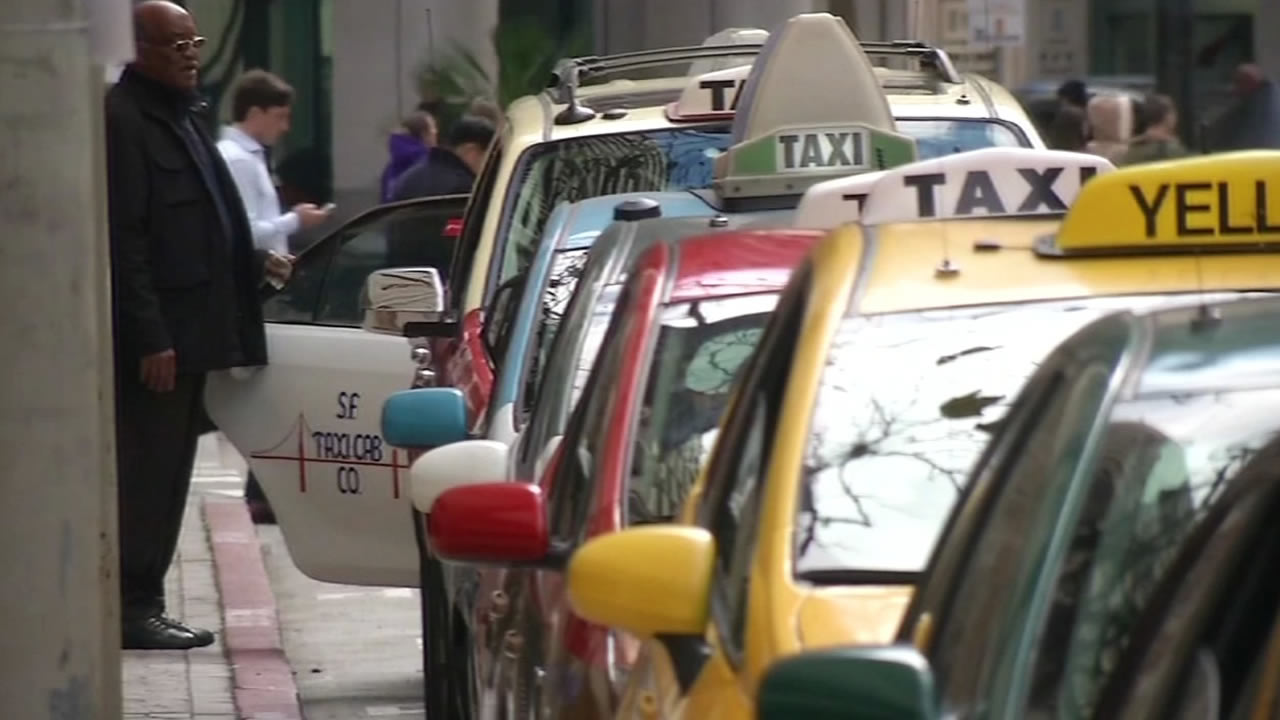